Doha (Qatar), Nov 23: Japan have provided the second major shock of the FIFA World Cup with a stunning comeback 2-1 win over Germany at the Khalifa International Stadium here on Wednesday. 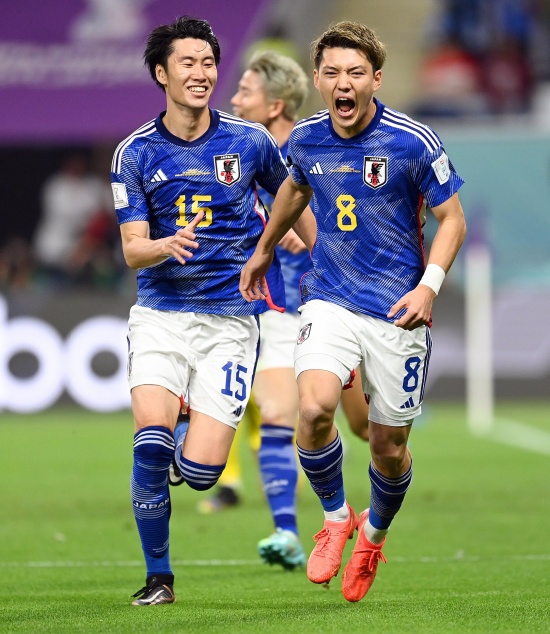 The four-time world champions took a first-half lead through Ilkay Gundogan's coolly dispatched penalty and looked likely to add to their advantage early in the second half.

However, after a couple of near misses from Serge Gnabry and goalscorer Gundogan, and a stunning series of saves from Shuichi Gonda, Japan made their move.

The Samurai Blue became increasingly adventurous as the match wore on and, having threatened Manuel Neuer's goal on more than one occasion, pulled level with 15 minutes remaining through substitute Ritsu Doan's opportunistic close-range finish.

A shock then turned into a sensation eight minutes later when Takuma Asano burst through on the right, amid some less-than-impressive German defending, to blast a ferocious and, ultimately, historic shot into the roof of Neuer's net.