London, Nov 23: Uncapped leg-spinner Rehan Ahmed has been added to England's Men's Test squad for the upcoming tour of Pakistan, the England and Wales Cricket Board (ECB) announced on Wednesday. 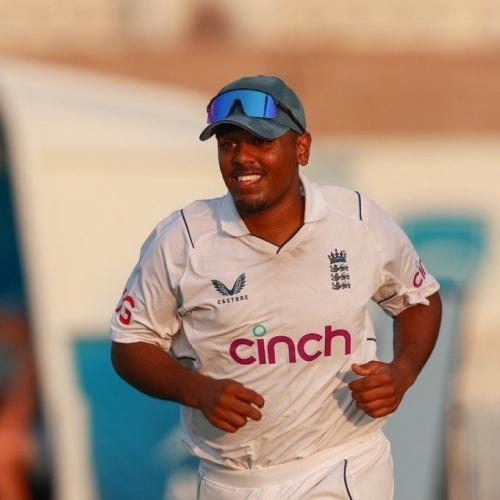 The 18-year-old impressed the coaching staff with his attitude and genuine potential during the three-day warm-up fixtures for England Lions against the Test squad in the training camp in Abu Dhabi and has been added to the senior squad.

If selected during the three-match Test series -- the first time England are playing in Pakistan in 17 years -- Rehan will become the youngest player to play Test cricket for England men, surpassing Yorkshire's Brian Close, who represented the three lions at 18 years 149 days against New Zealand in July 1949.

Acknowledging that the teenager is "not the finished article", England Men's red-ball head coach Brendon McCullum, said that "Ben (Stokes), myself and the rest of the coaches like how he approaches his game.

"We know he's not the finished article and has raw potential, but Ben (Stokes), myself and the rest of the coaches like how he approaches his game. The experience of being part of the squad in Pakistan will be hugely beneficial for him, and he will add to the make-up of our squad," said McCullum.

Rehan was England's second-highest wicket-taker in the ICC Men's Under-19 World Cup in 2022, taking 12 wickets in four matches at an average of 12.58.

The series will kick off with the first Test in Rawalpindi on December 1 followed by the next two matches in Multan and Karachi.