I hate to be put into a mould, says Bhumi on receiving praises for Govinda Naam Mera trailer 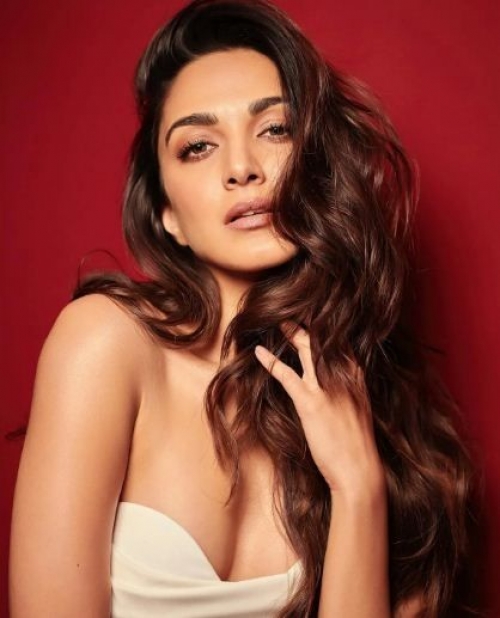 Actor Bhumi Pednekar, who will be seen playing a dominating wife in the film, reacted to the audience's reactions to her performance in the trailer and said, "I'm actually thrilled that film-makers can feel that I can really work hard and try and pull off any role that they offer me. That to me is the biggest validation for my work and my skill set as an artiste. My character in Govinda Naam Mera is me trying to do something disruptive again, trying to change it up again with each film and hopefully wowing people with my performance."

Helmed by Shashank Khaitan, the film is all set to stream from December 16, 2022, only on the OTT platform Disney+ Hotstar.

"I hate to be put into a mould and I constantly look to challenge the status quo and do something subversive. I'm delighted that audiences are loving my character in the trailer. It's just a tease of what to expect in the film. She is a firecracker of a woman, she is grey and I love her because she is just hilariously entertaining," she added.

In the almost two-and-a-half minute-long trailer of the film, Vicky's character is torn between a woman who wants to marry him (Kiara), his abusive wife (Bhumi), and his unhappy mother. However, all is well until Vicky and Kiara's characters end up becoming suspects in a murder.

Meanwhile, Bhumi will also be seen in 'The Ladykiller' along with Arjun Kapoor, Gauri Khan's production 'Bhakshak', Anubhav Sinha's 'Bheed' and in an upcoming romantic comedy film with Arjun Kapoor and Rakul Preet Singh.

Vicky, on the other hand, will also be seen in director Laxman Utekar's next untitled romantic comedy film alongside Sara Ali Khan.

Apart from that, he also has director Anand Tiwari's film alongside Tripti Dimri and Meghna Gulzar's next biopic 'Sam Bahadur' opposite Fatima Sana Shaikh and Sanya Malhotra in his kitty.

I hate to be put into a mould, says Bhumi on receiving praises for 'Govinda Naam Mera' trailer