New Delhi, Nov 23: The Supreme Court on Wednesday told the Centre that it wants to see the files relating to the recent appointment of Arun Goel as Election Commissioner and emphasised that it wants to see by what mechanism, he was picked up, and there is no danger to produce it (files). 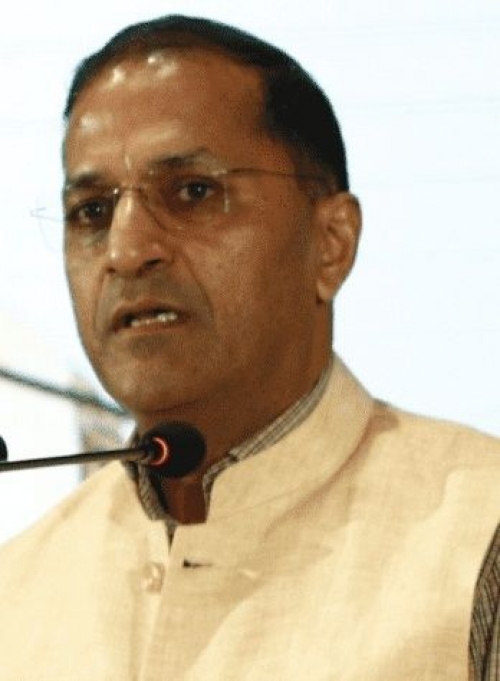 Advocate Prashant Bhushan, representing a petitioner, raised the issue in connection with the appointment of Goel. He said Goel was a sitting Secretary, was given voluntary retirement on Friday, the appointment was issued on Saturday, and on Monday, he started working as EC.

Bhushan said he had filed an application in connection with the appointment and the court was hearing the matter, yet the government made the appointment. Pointing out that the Centre appointed someone in a single day, he asked what process they have followed and what are the safeguards?

A five-judge Constitution bench, headed by Justice K.M. Joseph, said the court heard the matter on Thursday and Bhushan said that there is an intervention application in connection with the vacancy and the Centre appointed a person as an Election Commissioner.

Justice Joseph told Attorney General R Venkataramani "Produce the files of appointment of this officer... you say there is no hanky-panky in this. Was he appointed on the basis of voluntary retirement... how was he appointed, what is the mechanism by which he was picked up... the matter is being heard".

He told the AG if there is no illegality "then you shouldn't be afraid and "if everything is going on smoothly, then show us the file".

As the AG said "I don't think we have to travel that far", Justice Joseph said the court will not sit in judgment on appointment and "we want to see that file, unless you claim some privilege... we want to see how things work".

The top court orally observed that the order of appointment was made, after it started hearing the case on Thursday and Bhushan had filed an application relating to the vacancy. The AG said he has an objection which is that this solitary instance cannot be used and the matter is regarding a larger question. To this, Justice Joseph said that "it is curiosity intertwined with our duty...".

The bench - also comprising Justices Ajay Rastogi, Aniruddha Bose, Hrishikesh Roy, and C.T. Ravikumar - said the AG can bring the files with him on Thursday and if he feels he should not disclose it, then he should let the bench know.

Concluding the hearing in the matter, Justice Joseph said there is no danger in getting the files related to Goel's appointment and told the AG that "it is not a matter to withhold the information".

The AG contended that the convention is that all senior bureaucrats and officers at the state and the Central government are taken into consideration while appointment and this is scrupulously followed. He submitted that the appointment is done on the basis of convention and there is no separate appointment procedure of a Chief Election Commissioner.

He added that he has already shown how a convention is followed, the process involved in the appointment, and appointments are made on the basis of seniority, and on the aspect of recent appointment, he added that the office was vacant since May.

The top court is hearing a batch of pleas seeking a collegium-like system for the appointment of the CEC and ECs, and it will continue to hear the matter on Thursday.

On Tuesday, the Supreme Court said the CEC heads an institution, though with his truncated tenure, he cannot do anything substantial and added that "silences of the Constitution" is being exploited by all and expressed concern at the absence of a law governing the appointments of ECs and CEC.

Last week, the Central opposed petitions seeking a collegium-like system for the selection of CECs and ECs.

The apex court in October 2018, referred a PIL seeking a collegium-like system for the selection of CECs and ECs to a five-judge Constitution bench.