Kourtney Kardashian has son Reigns hair in her secret drawer

Los Angeles, Nov 23: American reality television star and socialite Kourtney Kardashian is a proud mom and her obsession with her son Reign's hair proves the fact. 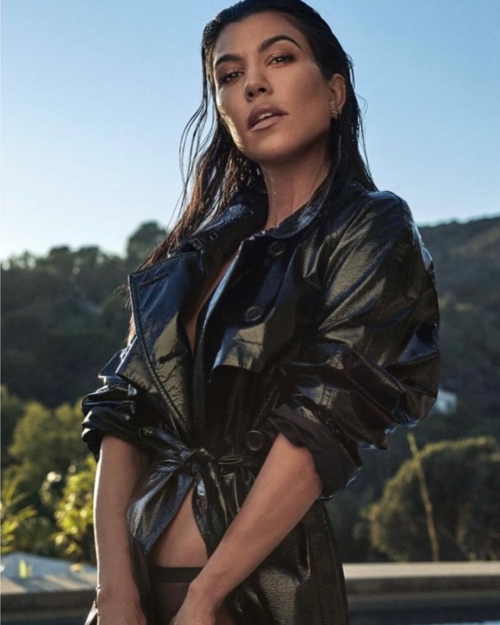 Kourtney has a "secret drawer" in which she has kept Reign's hair, reports People magazine. She revealed that she didn't cut her son's hair until he was five.

Talking about the same, she was "pressed" by her younger sister, Khloe Kardashian, 38, about the contents of her "secret drawer" for the Interview magazine. "I will tell you one thing that's in my secret drawer,'" a reluctant Kourtney told Khloe in the conversation, prompting Khloe to respond "I'm really happy I pressed the issue."

Kourtney then said, quoted by People "I have Reign's hair, because we didn't cut his hair until he was five. So I have his long braid and I smell it often."

Khloe offered a sentimental response to Kourtney's confession "Okay. That's nice, what else could she have said, afterall?

Kourtney also vowed to show Khloe the lock of hair "when you come over later." However, Khloe was uninterested. "Oh no, I'm fine with that. It's like, oh my gosh. Rapunzel?" Khloe said.

The 'Kardashians' star is hoping to become a mother of four and welcome a child with husband Travis Barker, 47.

Kourtney Kardashian has son Reign's hair in her 'secret drawer'