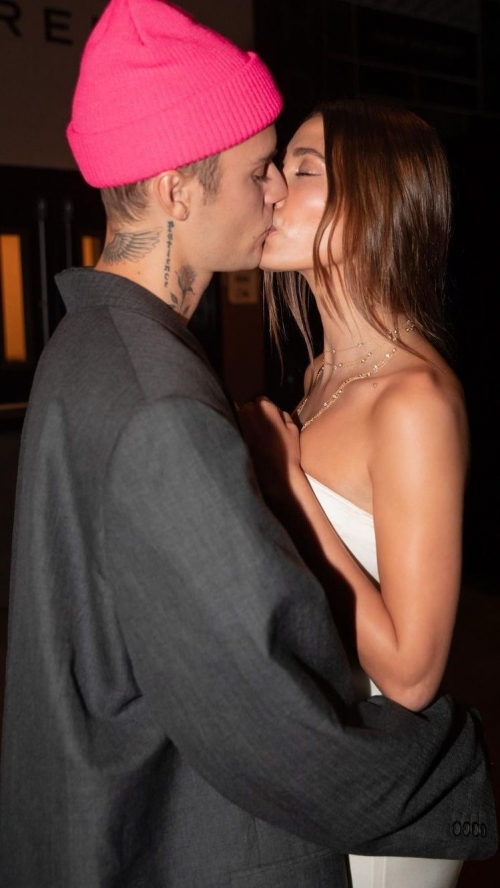 The 'Drop The Mic' co-host turned 26 on Tuesday.

She flew to Japan with husband Justin Bieber to celebrate the special day.

The 'What Do You Mean' singer did not hold back from sharing his affection towards the Rhode brand owner on social media.

Taking to Instagram, the two-time Grammy Awardee wrote, "HAPPY BIRFDAY (in Japan) TO MY FAVORITE HUMAN BEING XOXO YOU MAKE LIFE MAGIC".

'OBSESSED WITH EVERYTHING ABOUT YOU. LOVE YOU BUM BUM' he added.

He shared a number of pictures featuring the couple sporting adorable woollen beanies.

While the 'Baby' singer was clad in yellow, wife Hailey paired a brown sweater with navy-blue track pants.

Both were seen leaning close to each other and sharing a quick peck in a bamboo forest.

In a series of posts, the 28-year-old pop singer shared even more pictures from the bash.

The post included photos from a night out with Hailey. The two were seen having a merry time at a restaurant, with subsequent photos from a dance party and a house of mirrors.

Ending his series of posts for the day, Justin shared some cosy snaps with Hailey from a flight.

A number of celebrities wished the 'Saturday Night Live' actor in the comments, including 'Wonderwoman' actor Gal Gadot and pop singer Demi Lovato.

On the work front, Hailey was last seen in a cameo in the TV series 'Dave'.

Meanwhile, Justin last released his song 'Honest' in April 2022. It is set to serve as the lead single from his upcoming seventh studio album.