Jail reforms in India: Miles to go from being overcrowded, understaffed

New Delhi, Nov 22: Famous Irish writer Oscar Wilde had said after he was released from Reading prison in 1897 that It is not the prisoners who need reformation.

It is the prisons. 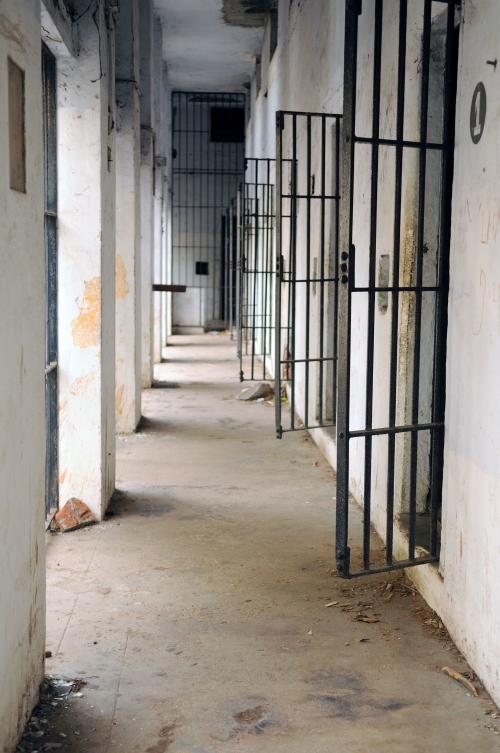 A prison is no paradise but inmates have the fundamental right to minimum dignity. Article 21 of the Constitution says "Protection of Life and Personal Liberty No person shall be deprived of his life or personal liberty except according to procedure established by law." This is available to every person, citizens and foreigners alike. Along with the advancement of new human rights statutes, the regulations for the prisoners have been changed in the last some decades globally.

The changes brought about by human rights intervention curtailing the liberty but at the same time providing dignity and correctional mechanism have been adopted across the globe in jail manuals. But it's incorporation in Indian jails still remains a distant dream. Asia's biggest, Delhi's Tihar Jail is no exception to this.

Recently, a public interest litigation (PIL) was moved by a NGO in the Delhi High Court stating that the number of inmates in Tihar Jail had exceeded the actual capacity of each barrack and there is a huge increase in the population of inmates in the complex. The plea said that the overcrowding in such jails amounts to the denial of the fundamental rights of the inmates as guaranteed under Article 21 of the Constitution, wherein a peaceful and dignified lifestyle of an individual is covered.

According to the plea, despite the law laid down by the top court, the casual arrests have not stopped and have led to overcrowding. And this overcrowding affects inmates' lives as a result of the mental and physical stress caused to them.

Seeing the overcrowding in Tihar Jail, the prison complexes in Rohini and Mandoli were established in 2004 and 2016, but proved to be of no use as they face the same problem of overcrowding.

To prepare a model prison manual, the Centre in 1957 appointed an All India Jail Manual Committee. The committee gave its submission in 1960 and suggested amendments in the century old Prisons Act of 1894 to provide a legal base for correctional work.

The committee prepared the model prison manual which is the basis on which the current Indian prison management is regulated. Along with it, The All India Committee on Jail Reforms, the Supreme Court and the Committee on Empowerment of Women have been pressed on the need for a comprehensive revision of the prison laws in India, but the desired outcome still seems to be a distant dream.

Jail reforms in India: Miles to go from being overcrowded, understaffed