Early Kentucky Derby Contenders To Keep An Eye On 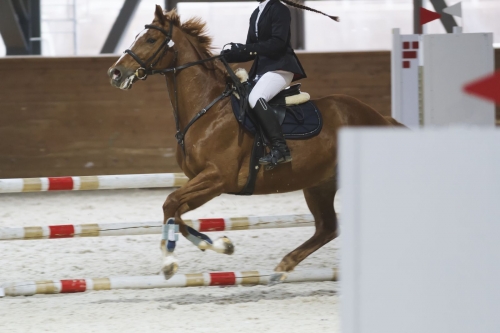 It's the perpetual cycle of racing: as fall turns into winter, two-year-olds turn three, and the stars of sales and sprints look to stretch out, test themselves, and make a name as "real racehorses."

Some of them even have Kentucky Derby qualifying points, or will have gained some by the time 2023 comes (save for those who are trained by the still-banned Bob Baffert). In case you are interested in major horse races betting, take an early look at who can be a contender for the Kentucky Derby in May.

Having won three Grade I races, including a masterful run in the Breeders' Cup Juvenile, Forte is as close to a lock for the Eclipse Champion Two-Year-Old Male as one can get. The colt, by Violence out of the stakes-winning Blame mare Queen Caroline, improved his record to four wins from five starts, having lost only the Grade III Sanford Stakes. His other victories include his debut at Belmont Park, Saratoga's Grade I Hopeful Stakes, and Keeneland's Grade I Claiborne Breeders' Futurity.

This Baffert trainee, who cost a whopping 2.3 million at the April OBS Two-Year-Olds In Training sale, looked ultra impressive winning his debut race on the Breeders' Cup Saturday undercard. He went gate to wire in the seven furlong race, and as the heavily favored son of Uncle Mo hit the top of the stretch, he easily pulled away from his rivals. By the wire, he was over seven furlongs in front, leaving fans wondering if this wasn't the most talented member of the crop. One can only hope Tim Yakteen has a stall open in the next few months.

Our next hopeful on this list came from the race directly after Arabian Knight's, in which another million-dollar-plus two-year-old colt ran an impressive debut race. By Into Mischief, Extra Anejo had an even larger margin of victory in his (about) seven furlong race than Arabian Knight. Should Extra Anejo retain his connections and continue to train forwardly, he could be the first Kentucky Derby winner for both trainer Steve Asmussen and jockey Tyler Gafflione.

This Florida-bred son of Awesome Slew is undefeated in four career starts. After taking his debut race at Gulfstream Park in May, he returned to sweep all three races in the Florida Sire Series: the Dr. Fager Stakes, the Affirmed Stakes, and the In Reality Stakes. Although all are restricted to Florida-breds, he won all three races by daylight, and he showed in the In Reality that he could get himself out of traffic trouble if needed.

Another undefeated son of Into Mischief, Giant Mischief has yet to make his stakes debut but has looked professional in both of his wins. In his debut at Horseshoe Park Indianapolis, he encountered traffic problems and had to go five wide but still got up to win by 1 Â½ lengths. Next out was an allowance optional claiming race at Keeneland, in which he dueled with favored Arabian Lion before digging in and inching away, finishing three quarters of a length in front.

Gary and Mary West's homebred son of Candy Ride, out of the multiple graded stakes winning Tapit mare Actress, certainly looks to be one of the best-bred members of his crop. He showed he has talent as well, with a sparkling win at Keeneland over seven furlongs. After being crowded in the early stages of the race, Hit Show rated for jockey Florent Geroux, and then split foes and drove clear at the eighth pole. The Brad Cox trainee should only get better as the races get longer.

Yes, it is too early to make a reasonable choice for the race. Yes, many of these horses will drop off of the Triple Crown trail for various reasons. No, Rich Strike was not on anyone's radar at this point last year.

But, it's still fun to dream. Plus, if any of these runners does end up wearing roses next May, you can now officially say "I followed him way back when!"

Early Kentucky Derby Contenders To Keep An Eye On