Rosatom has not suffered any pain due to Ukraine war, except on Finnish contract

Sochi (Russia), Nov 22: Russia's state-owned integrated nuclear power player Rosatom has not suffered any pain owing to the Ukraine war except one contract that was canceled by Finland, a senior official of the organisation said on Tuesday. 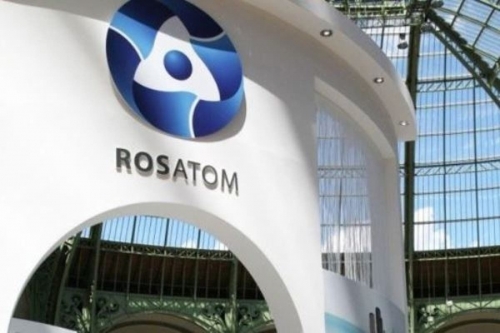 He said that Rosatom is present end-to-end (uranium mining to nuclear plant manufacture, power generation, other uses of nuclear power, reprocessing of spent fuel and decommissioning of old plants) in the nuclear power cycle.

Addressing the international media attending the AtomExpo 2022 exhibition-cum-conference, he said "From the standpoint of Rosatom, we can say, we have not suffered any pain."

Komarov said out of the 24 projects, 23 are ongoing with only Finland terminating the agreement to build a nuclear power plant citing risks due to Russia-Ukraine war.

According to him, Rosatom is constructing four nuclear power plants in Egypt.

Rosatom will see growth in several newcomer countries to its clients list over the next two/three decades, said a top company official.

"Over the coming 20-30 years, the company's portfolio is to see the largest growth amongst newcomer countries to the 'nuclear club' countries such as Bangladesh, Uzbekistan, Kazakhstan, Kyrgyzstan, Turkey, Egypt, and Saudi Arabia, that are working to transition to low-carbon sources," Director General Alexey Likhachev had earlier said.

According to Komarov, the energy crisis started before 2022 with global oil prices shooting up.

He said a number of European companies overestimated the potential of renewable energy which cannot be a steady source of power which is now clear.

Many countries under invested in developing the base load power generation and now energy independence is the priority for all the countries.

A group of countries can try to strangle another country simply because they dislike the other country and hence energy and technology sovereignty assumes importance now.

He also said many countries are looking at having a small modular reactor even though power generation may be costly as compared to bigger nuclear power plants.

As to the 12th edition of AtomExpo he said 65 countries and about 2,500 participated in the event.

(Venkatachari Jagannathan can be reached at v.jagannathan)

'Rosatom has not suffered any pain due to Ukraine war, except on Finnish contract'