Suryah and Laila, the Amazon Original series 'Vadhandhi - The Fable of Velonie' is all set to stream on Prime Video from December 2. 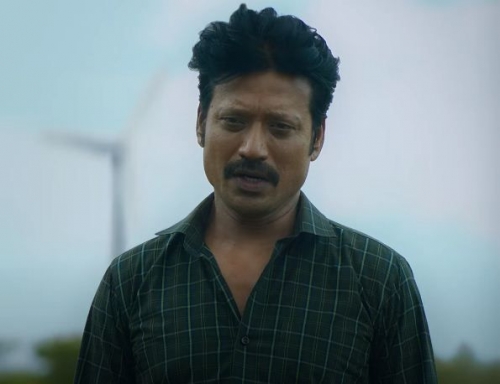 The trailer of the Tamil crime series, which is also actor Sanjana's debut vehicle, was released on Tuesday.

The trailer gives a sneak-peek into the journey of a determined cop, Vivek (played by Suryah), who finds himself fixated on solving the murder of 18-year-old Velonie. Untangling a web of lies and deceit, the show is riddled with 'rumours' as the name 'Vadhandhi' suggests, examining the frailty of human relationships and perceptions.

A trail of questions follow Will Vivek be able to solve the case? Will he be able to find the real perpetrator of the heinous crime? Will the obsession cost him his job as well as his personal life and family?

The series, produced by Pushkar and Gayatri of Wallwatcher Films, has been created by Andrew Louis.

"I am sure that the audience will not be able to guess where the story leads till the very end, but I am certain that it will make them think long after the credits roll. I have worked closely with Suryah as an assistant director for seven years and have always admired him -- to have him play the lead role in 'Vadhandhi' is truly an honour," said Andrew Louis, the writer, director and creator of the series.

"Blessed is the term I can use to express my delight over acting in this amazing series with such a wonderful team," shared debutant actress Sanjana, who plays the titular role of Velonie.

"I am grateful to Andrew Louis and creative producers Pushkar and Gayatri for seeing the potential in me and giving me the opportunity to play Velonie - a very nuanced and challenging character. It was an honour to work with such a talented cast in my first ever project," she added.