Napier [New Zealand], November 21: New Zealand skipper Kane Williamson has been ruled out of the third and final T20I against India in Napier due to a pre-arranged medical appointment. 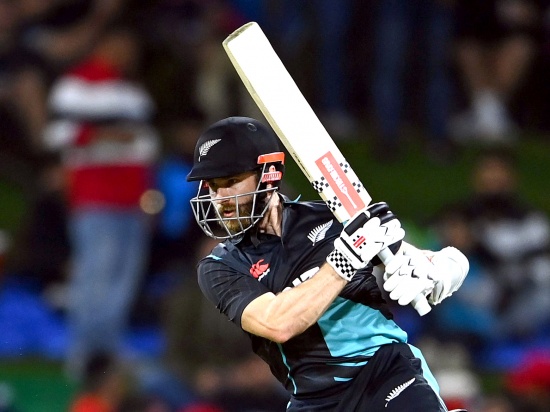 "Blackcaps captain Kane Williamson will miss the third T20I in Napier on Tuesday to attend a pre-arranged medical appointment," said a statement from New Zealand Cricket (NZC) on Monday.

Williamson will rejoin the team on Wednesday when the ODI squad assembles in Auckland ahead of the series opener at Eden Park on Friday.

Coach Gary Stead said the medical appointment had nothing to do with Williamson's historic elbow complaint.

"Kane has been trying to get this booked in for a while now, but unfortunately it has not been able to fit into our schedule," Stead said.

"The health and well-being of our players and staff is paramount, and we look forward to seeing him in Auckland."

Stead said Chapman was excited to be back with the squad after featuring in the recent T20 World Cup and Tri-Series in Christchurch.

"He is a quality player who offers good versatility in the order," he said.

Stead confirmed Tim Southee would captain the side for the third and final match at McLean Park on Tuesday night.

India is currently leading the three-match T20I series by 1-0. After the first match was abandoned due to rain without a ball being bowled, India defeated the Kiwis by 65 runs in the second T20I. Star batter Suryakumar Yadav (111* off 51 balls) and batting all-rounder Deepak Hooda (4 wickets for 10 runs) were the stars of the match.

Also, Williamson is under scrutiny for his low strike rate in T20Is. In 13 matches this year, he has scored 443 runs at an average of 36.91 with three half-centuries. However, his low strike rate of 118.76 has hurt his time both while setting up a target or chasing it.