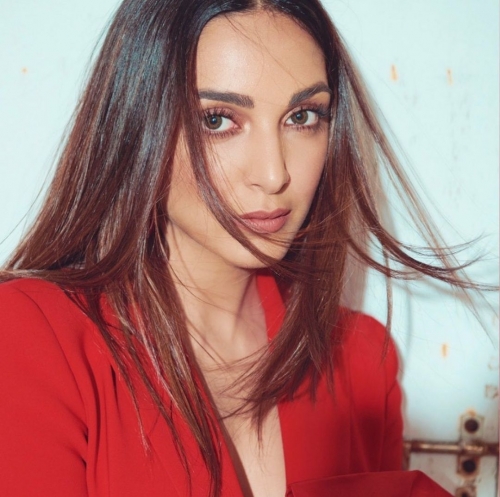 Taking to Instagram, Kiara shared a picture with the crew members of the team and captioned it," Schedule wrap #SatyapremKiKatha."

Recently, the makers of the film headed to Gujarat for the second schedule of the film.

The film is touted to be a musical romantic saga and is all set to hit the theatres on June 29, 2023.

The film sparked controversy due to its title 'Satyanarayan Ki Katha', which translates to the story of Satyanarayan, which is another name for the Hindu god Vishnu.

Last year, director Sameer Vidwans issued a statement to announce the change in title. The 'Luka Chuppi' actor also reposted the statement on his official Instagram account which said that the title will be changed to avoid hurting sentiments, even if that's purely unintentional.

The title of the film is something that emerges organically through the creative process. We have taken a decision to change the title of our recently announced film 'Satyanarayan ki Katha' to avoid hurting sentiments, even if that's purely unintentional. Producers of the film and the creative team also are in complete support of this decision. We will be announcing a new title for our love story in due course of our journey. Sincerely, Sameer Vidwans," the statement read.

Apart from this, Kiara will also be seen in an upcoming quirky thriller film 'Govinda Naam Mera' alongside Vicky Kaushal and Bhumi Pednekar.

The film is all set to stream exclusively on the OTT platform Disney+ Hotstar from December 16, 2022.

Take notes from Shehnaaz Gill to slay a classic black evening gown
Maharashtra: Over 40 vehicles damaged in a road accident at Pune-Bengaluru highway