Dubai [United Arab Emirates], November 20: Shehnaaz Gill slayed in her black gown as she made her debut at the Filmfare Middle East awards.

The actress gave vintage vibes as she walked the red carpet for the show. 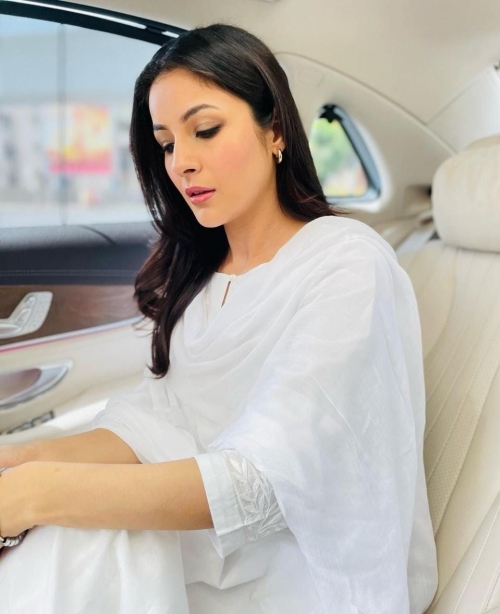 For her appearance, Shehnaaz wore a strapless black floor-length gown that had a trail attached to it. She kept her hair side-swept and completed the look with a minimal diamond necklace. Red lips and minimal makeup gave the oomph factor to her look!

'SidNaaz' fans across the country are emotional as Shehnaaz Gill has dedicated an award to the late actor Sidharth Shukla.

Shehnaaz Gill recently attended the Filmfare Middle East Achievers Night in Dubai where she recieved the 'Rising Star of Bollywood' award. Upon accepting the award, Shehnaaz made quite a heartwarming and moving speech, which made all 'SidNaaz' fans quite nostalgic and emotional.

She was then seen looking at the award in her hand and mouthed her famous line from her 'Bigg Boss' stint. She said, "Aur tu mera hai aur mera hi rahega, theek hai?"

Last year, on September 2, the Indian film and television industry lost one of its top rising stars, Sidharth Shukla, who passed away at 40 following a cardiac arrest.

Sidharth gained a lot of popularity from his work in Colors Tv serial 'Balika Vadhu' and Salman Khan's reality show 'Bigg Boss 13', where he made a special bond with Shehnaaz Gill.

Apparently, Shehnaaz and Sidharth were in a relationship but the couple never officially confirmed their dating rumours.

Popularly known as 'SidNaaz', fans loved seeing Sidharth and Shenaaz together on screen and their popularity emerged greatly after Bigg Boss.

World Television Day: All you need to know about this day!
Kiara Advani announces schedule wrap of her next 'Satyaprem Ki Katha'