Humans can live on Moon for longer periods in this decade: NASA

London, Nov 21: Not just SpaceX CEO Elon Musk, the US space agency also thinks that humans could stay on the Moon for a longer period in this decade. 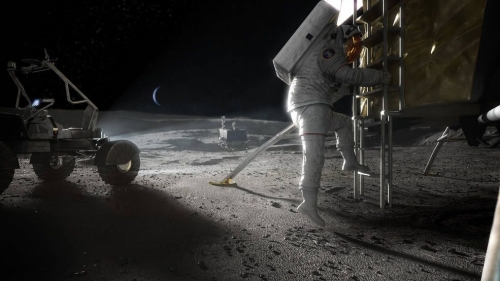 Howard Hu, who leads the Orion lunar spacecraft programme for NASA, told the BBC that the Artemis missions "enable us to have a sustainable platform and transportation system that allows us to learn how to operate in that deep space environment".

"It's really going to be very important for us to learn a little bit beyond our Earth's orbit and then take a big step when we go to Mars," he added.

Five days into the 25.5-day Artemis I mission, Orion continues on its trajectory toward the Moon.

"It's the first step we're taking to long-term deep space exploration, for not just the United States but for the world," said Hu.

"I mean, we are going back to the Moon, we're working towards a sustainable programme and this is the vehicle that will carry the people that will land us back on the Moon again," the NASA official noted.

The US space agency last week sent its next-generation rocket into space as part of its ambitious, uncrewed Artemis I Moon mission which faced two failed attempts amid years of delays and billions of dollars spent.

The Space Launch System (SLS) rocket took off from Cape Canaveral in Florida and sent the Orion spacecraft on its way to Moon's orbit.

The Orion will continue onward to the Moon, which it will orbit for several days before its likely return to the Earth on December 11.

In 2025, NASA plans to launch the first crewed Moon landings since the Apollo 17 mission in 1972. That will include the first woman and the first person of colour to walk on the Moon.

Artemis I will provide a foundation for human exploration in deep space and demonstrate NASA's commitment and capability to extend human existence to the Moon and beyond.

Humans can live on Moon for longer periods in this decade: NASA

Empowering women with a promise of hope
Low-pressure area in South Bay of Bengal to bring heavy rains in Chennai, North TN