Love and longing in Kashmir

New Delhi, Nov 19: What happens to love in the time of conflict? Does it survive something like a complete communication blackout? Can conflict be seen through the prism of love, of longing?. 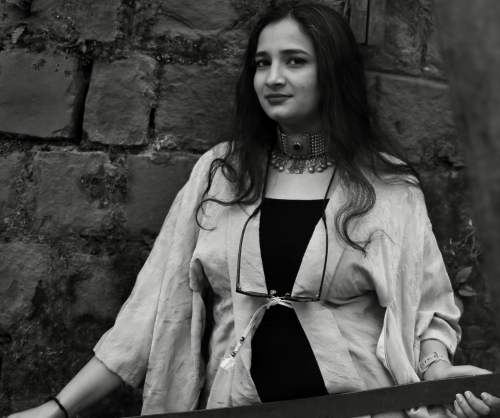 Well, that is what Kashmiri filmmaker Mehak Jamal's upcoming book 'Loal Kashmir' is about. The project started two years ago when she started collecting stories of love in the times of unrest in the Valley.

"The respondents were moved by the concept, after all when it comes to Kashmir, the overpowering narrative is always conflict. Also, love can be taboo to talk about sometimes. Personally, to look at the larger situation in Kashmir through the lens of love was peculiar and gratifying..."

Born to a Kashmiri father and a Maharashtrian mother, Jamal moved to Bengaluru for college in the year 2012 and graduated from Srishti Institute of Art, Design and Technology with a specialisation in Film in 2016. In fact, her graduation film got her selected as a film fellow at the Dharamshala International Festival Festival (DIFF) some years ago.

This time, at the recently concluded DIFF, her first non-student Short 'Bad Egg' was screened.

In the film, Zoya receives a disturbing call from her mother -- her sister Zara has gone missing during the pandemic. But, Zoya is not rattled enough. She's hiding something, all of which leads back to the fateful night of a party. Throughout the film, Zoya interacts with her surroundings as if she is re-calibrating with them.

Conceived during the first wave of the Pandemic, the filmmaker got in touch with film professional friends as no shootings were being held and got working. Stressing that the movie is an amalgamation of stylized ideas, Jamal says it had to do with her mental and emotional space at that time.

"It is a psychological drama thriller, and that is something that I have always been interested in. There is always an urge to draw the audiences to experiences and tell them a 'secret', slowly giving them hints but not completely revealing till the 'right' moment. We had fewer resources, days, and people, and I wanted to make something that would work in that. The characters are twins, I also created them because I find twins very cinematic."

'Bad Egg', which premiered at the Indian film festival in Germany and won the Audience Award was also shown at the Indian Festival of Melbourne and in Kerala.

Talking about the format of Shorts, she says it has a grammar of its own and when writing one, it is easy for her to see the end. "It allows me not to tell the audience everything and ask a lot of questions. If it was a feature, I would have to answer all the questions. I have the liberty to tell the story to the point I want to. You can play with the structure."

Considering she is from Kashmir, is there not a certain internal pressure to work on stories from there?

"Yes, it does feel obligatory. But I also quite vary about it. I am interested in telling stories because there are so many, and conflict is such a major part. Sadly, most narratives that emerge from there are seen through the prism of the media. I would like to tell personal stories that carry inside them multiple metaphors," she says.

Now that the valley has a multiplex, and book readings and intimate music concerts at cafes have become a norm, the filmmaker asserts "It is a melting pot of talent. And there are so many young people who are opening cafes and a solid music scene is emerging. It is high time that people from there tell their stories and create more art."

Love and longing in Kashmir