London, Nov 17: The British opposition Labour Party's shadow Chancellor of the Exchequer Rachel Reeves on Thursday mounted a withering attack on the Conservative Prime Minister Rishi Sunak for allegedly allowing fraud during his tenure as Chancellor. 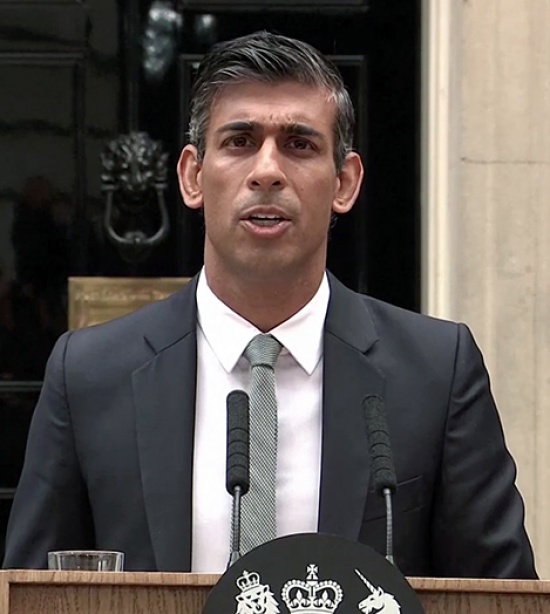 Reeves tore into Sunak in the House of Commons, while responding to Chancellor of the Exchequer Jeremy Hunt's "autumn statement", which was nothing but a full budget announcement, following the catastrophic impact of the previous Conservative government's economic policy pronouncements.

Reeves said "The latest Prime Minister, spent so much time as Chancellor practicing his signature for his glossy Instagram graphics that he failed to put even the most simple checks on Covid support schemes."

She went on "The Prime Minister left the doors to the vaults wide open to organised criminals and drugs gangs. They helped themselves to 6.7 billion pounds of public money. Money that this government is failing to retrieve."

She also attacked Hunt's statement, which had, it is widely believed, Sunak's direct imprint on it. "The current Prime Minister and Chancellor", she stated, "have given up on growth altogether".

Meanwhile, the BBC played a video clip from a debate between Sunak and Liz Truss in August during the summer's leadership contest between the two (which Sunak lost). Here he is heard promising tax cuts, if he became Prime Minister. There was no such relief in Hunt's statement. The Guardian reported that the "tax burden (is) set to reach (the) highest level since WW2".

On Wednesday, the British government's Office for National Statistics calculated that the Consumer Prices Index (CPI) "rose by 11.1 per cent in the 12 months to October 2022". This is the worst inflation in Britain since December 1980.

The UK pound fell from $1.19 to below $1.18 after Hunt's statement. The FTSE index reflecting the London stock market was also down since Thursday morning.

Earlier, Sunak made a statement on the G20 summit in Indonesia, which he attended. "I met Prime Minister (Narendra) Modi, when we reviewed progress on our forthcoming free trade agreement," he confirmed.

Negotiations on this have been stuck since Home Secretary Suella Braverman appeared to be opposed to a greater flow of Indians into Britain, which the Department of Trade was considering whether or not to concede.

Following Sunak's update, Labour's Sikh MP Tan Dhesi asked "At the G20, the Prime Minister agreed with his Indian counterpart to allow an additional 3,000 Indians into the UK every year, which in the fullness of time will inevitably lead to an increase in immigration. At the same time, the Home Secretary has been busy spouting anti-immigrant and anti-refugees dog-whistle rhetoric, including her incendiary remarks against international students that so incensed people in India. Who exactly is in charge of immigration policy? Is it the Prime Minister or the wannabe Prime Minister?"

Sunak replied "I am disappointed with the honourable Gentleman's comments, because I know he does not believe that. He can take comfort from the announcement, which is good for both Indian students and British students who want to go back and forth - that is a good thing."

He, however, added "The Home Secretary is rightly focussed - there is nothing 'dog-whistle' about it - on clamping down on illegal migration, which the British people rightly expect and demand, and it is something that she and this Government will deliver."