New Delhi, Nov 16: Asserting that there has been a steep decline in British students learning South Asian languages, UK MP Gareth Thomas has said that it's time to invest in languages like Gujarati, Hindi and Tamil, to bolster bilateral relations. 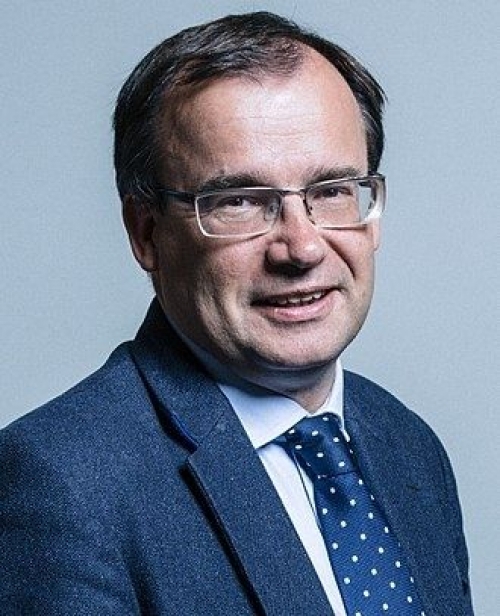 "There has been a steep decline since 2015 in the number of UK students studying Gujarati, Urdu and other languages prevalent across South Asia at GCSE level," Thomas, a Labour-Cooperative Party parliamentarian for the Greater London constituency of Harrow West, tweeted.

"It's time to invest in the languages of South Asia," he said.

The General Certificate of Secondary Education (GCSE) is a qualification normally taken by most UK students at the end of compulsory education.

According to the UK's Department of Education, there were no students taking Hindi GCSE from 2019 to 2022, whereas in 2015, 19 students had sat for this exam. Between 2015 and 2021, the number of students entering GCSEs in Bengali, Gujarati, Persian, Punjabi, and Urdu drastically came down, with Gujarati seeing a 77 per cent fall in entries, followed by Bengali, which saw a 66 per cent drop, Punjabi a 45 per cent, and Urdu a 37 per cent decline.

The MP's comments come at a time when India's economy has overtaken the UK's in terms of size, making it the fifth biggest.

An IMF forecast says India is expected to leap further ahead of the UK up to 2027 - making the South Asian nation fourth largest economy, and leaving the UK behind as sixth. Now, with a seven per cent growth forecast for 2022, Thomas believes that "being able to communicate in the languages used to do business in these markets is crucial to delivering long-term economic growth across the United Kingdom".

"If we want stronger trade links with India and other South Asian countries, and if we want stronger cultural and security ties too then investing in school and community teaching of South Asian languages like Gujarati, Urdu, Bengali, Punjabi, Tamil Hindi, etc is overdue," the Harrow West MP said in a press statement.

The UK government recently invested millions to support the teaching of Mandarin and Latin. The British Council also identified that Spanish, Mandarin, French, Arabic, and German are the top five priority languages to improve the UK's skills, security and influence in the world.

The ethnic minority population of Harrow has a large and established Gujarati Indian community, who originally settled in large numbers after their expulsion from Uganda in 1972. "We need to do more to build on similar links across the UK, between diaspora communities here and the great trading nations of South Asia," Thomas said.

Meanwhile, some British Asians rue that the languages are not taught in the schools due to a lack of qualified and trained teachers. "I'm a British Bengali who is fluent but illiterate in my mother tongue. Sadly they didn't offer it as a subject at my school Eton College, so instead I have GCSEs in ancient Greek and Latin," Dr Brijesh, a twitter user, wrote in response to the tweet by Thomas.

A majority of British Indians are of Punjabi, Gujarati, Bengali and Malayali descent, with smaller Tamil, Telugu, Konkani, and Marathi communities.

In the past, Thomas had led a successful campaign pursuing ministers and exam boards to maintain GCSE and A-level language qualifications in community languages.

(Meenakshi Iyer can be reached at meenakshi.i@ians.in)