New Delhi, Nov 15: It's a question that has continued to haunt till today, even after seventy-five years of the Partition.

Cyril Radcliff, whose fateful line of demarcation divided the Indian territory into a 'Hindu India and a 'Muslim Pakistan, had never before been to India, nor had he the necessary skills for drawing a decisive border.

But it was he who emerged as the destiny in the history of Partition that involved gruesome sectarian violence, persecution of minorities and wide-scale migration whose legacies (unfortunately) are visible even to this day. 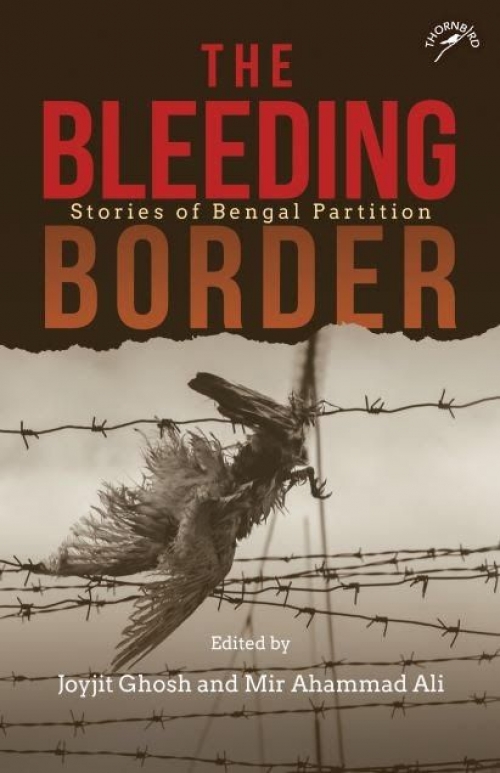 "The Bleeding Border - Stories of Bengal Partition" (Niyogi Books) is an anthology of twenty-four partition stories written by both prominent and lesser-known authors from West Bengal and Bangladesh. The poignant descriptions of various forms of violence, tension and anxiety at the porous border of two countries make these stories disturbing reading. They delineate the ghastly communal riots at various places and the trauma and disruptions of memory caused by them, the exodus of the 'refugees' from the then East Pakistan and their fierce struggle for survival in newly mushrooming colonies at unknown terrains, and above all, the nostalgia for an imaginary 'desh' (motherland) that defies cartographic barriers.

It is often said that the Bengal Partition in comparison with that on the western border of India has not received much literary attention. Some even go to the extent of saying that celebrated Bengali writers, more or less, remained 'silent' regarding this cataclysmic issue. Thus, 'Partition Literature' has become almost synonymous with the writings of Saadat Manto, Bhisham Sahni, Intizar Hussain, Joginder Paul and others, and we often tend to ignore the contribution of the authors from the eastern and north-eastern parts of the country and Bangladesh.

This obviously speaks of a politics in the formation of canon particularly when it is evident that Bengal Partition fiction is no less powerful and appealing than its western counterpart. One may think of short stories and novels by the authors like Jyotirmoyee Devi, Pratibha Basu, Manik Bandyopadhyay, Sunil Gangopadhyay, Shirshendu Mukhopadhyay, Prafulla Roy among many, from the side of Bengal, and Syed Waliullah, Hasan Azizul Huq, Rizia Rahman and others from the Bangladesh side. The list of authors of Bengal Partition literature is not only huge in its corpus but immediately relevant in the socio-political context of the present day.

The stories of this present anthology include some of the most striking and dominant themes of the Bengal Partition and its aftermath. One major theme is obviously the ceaseless movement of rootless masses in search of safe shelter in an ambience of generalised violence.

Bengal Partition literature offers more than a stereotypical discourse. It has a tremendous sense of contemporaneity and it addresses various issues with which the readers of the present day may immediately identify.

"The stories are representative of Bengal partition fiction in their poignant depictions of various forms of violence, agony and anxiety at the 'border' which is porous and bleeds still," co-editor of the book Joyjit Ghosh said.

"Most of the stories included in the volume have been translated into English for the first time. They are largely concerned with 'the human dimension of Partition' and delineate the discontents and trauma of countless 'refugees' when the Partition of the country was thrust upon them overnight. But they are nostalgic narratives as well, as they voice a craving for a 'desh' that knows no margins or barriers," co-editor Mir Ahammad Ali said.

On publishing the book, Trisha De Niyogi, Director and COO, Niyogi Books, said "Sometimes all it takes to revisit your history is just relocate yourself in a timeframe long left with the narratives unheard, hushed down, or perhaps ignored. The Bleeding Border Stories of Bengal Partition is a collection of Partition stories of those kinds on the eastern frontier---a rare assemblage. As a publisher, it is somehow our responsibility as well to unearth those unheard narratives and re-asses history as it is."