London, Nov 9: Gavin Williamson has resigned as a government minister after mounting allegations that he had bullied colleagues. 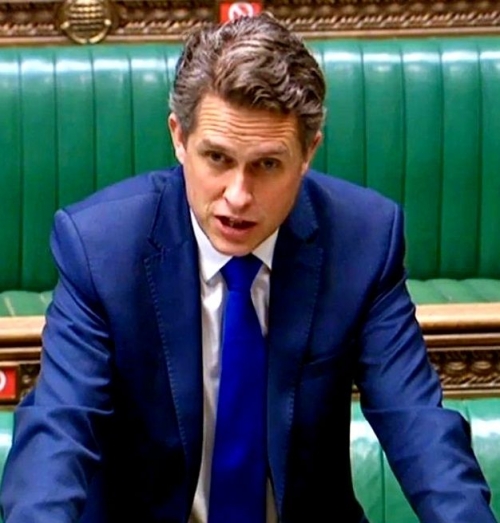 On Monday, the Guardian reported that he told a senior civil servant to "slit your throat" while he was Defence Secretary in Theresa May's government.

In his resignation letter posted on Twitter on Tuesday, Williamson said he had apologized to the recipient for the messages and was cooperating with an investigation of that conduct.

However, he rejected claims of bullying in the second incident.

"I refute the characterisation of these claims, but I recognize these are becoming a distraction for the good work this government is doing for the British people," he wrote.

"I have therefore decided to step back from government so that I can comply fully with the complaints process that is underway and clear my name of any wrongdoing."

He later tweeted he would not be taking any severance pay, adding that the money should go towards the government's priorities such as "reducing the NHS's waiting lists".

Prime Minister Rishi Sunak said he had accepted Williamson's resignation "with great sadness" and thanked him for his "personal support and loyalty".

"Your commitment to successive Conservative governments and the party over the years has been unwavering," Sunak added.

Williamson's resignation comes at a time when Sunak's choice of some of his ministers has come under intense scrutiny.

Leaders of opposition parties have demanded the resignation of Home Secretary Suella Braverman, whom Sunak reappointed days after she resigned from Liz Truss's cabinet for breaching the rules on ministerial conduct.

This is the third time that Williamson has left government. In 2019 he was sacked as Defence Secretary after details of Huawei's potential involvement in the UK's 5G network were leaked, the BBC reported.

He was brought back to the cabinet, as Education Secretary by former Prime Minister Boris Johnson, in 2019, but lost the job in 2021 following turmoil over A-Level exam results.

Following Sunak's second, and this time successful, bid, Williamson was given a job as a Cabinet Office minister.