London, Nov 8: The Buckingham Palace has unveiled a new monogram for Camilla, the Queen Consort. 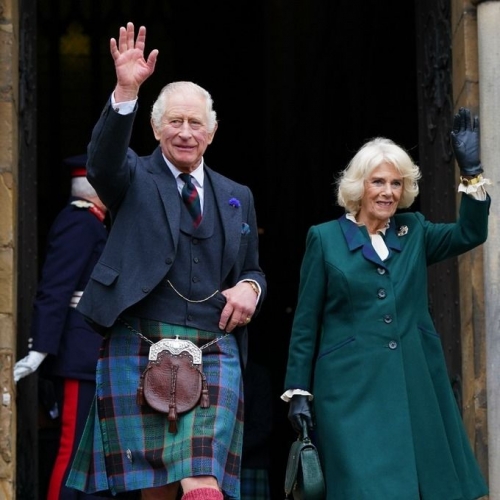 Designed by Prof Ewan Clayton, a core member of staff at The Royal Drawing School, the cypher combines Camilla's initial "C" and "R" for Regina -- the Latin word for queen, the BBC reported.

It will be used by Camilla on personal letterheads, cards and gifts, the Buckingham Palace said in a statement.

The statement added that the new symbol will be used on the Queen Consort's cross which she will lay at the Field of Remembrance on Thursday at Westminster Abbey.

In September, the Palace had revealed the new cypher to be used by King Charles III which was personally chosen by him, from a range of designs produced by the College of Arms.

King Charles's cypher will be used by government departments and on state documents and post boxes.

While the King's coronation will take place on May 8, 2023, the Queen Consort will also be crowned on the same date in a similar but simpler ceremony.