Twitter an accelerant to fulfil my vision of a super app: Musk

New Delhi, Oct 6: Tesla CEO Elon Musk has said that buying Twitter is to fulfil his dream to build a super app called X.com like China's WeChat that will be available to all globally. 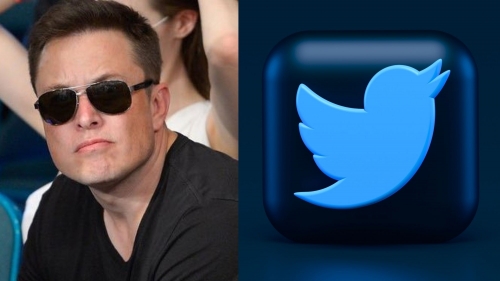 Replying to Chris Anderson, head of non-profit organisation TED, Musk tweeted that "Twitter is an accelerant to fulfilling the original X.com vision".

Anderson had posted late on Wednesday that about a year from now, growing numbers of people will be attracted to Twitter/X.

"It will be far less prone to robo-spam and algorithm-fuelled outrage. Instead, it will offer lots of new functionality," he said.

Musk, who has offered to buy Twitter again for $44 billion, earlier floated the idea of turning Twitter into the next super app.

During a podcast in May, the world's richest man said that the US needs a super app.

"It's either convert Twitter to that, or start something new. It does need to happen somehow," he noted.

"If you're in China, you kind of live on WeChat. It does everything. It's sort of like Twitter, plus PayPal, plus a whole bunch of things all rolled into one, with a great interface. It's really an excellent app, and we don't have anything like that outside of China," Musk told the listeners.

The super app will serve as a "digital town square" that lets users leave comments and post videos.

In 1999, Musk co-founded an online bank called X.com, which was later merged to form PayPal.

Meanwhile, Twitter has received a letter from Musk to go ahead with his original deal of $54.20 per share (or $44 billion), and the deal is likely to go through as the October 17 trial approaches.

Musk tweeted "Buying Twitter is an accelerant to creating X, the everything app. Twitter probably accelerates X by 3 to 5 years, but I could be wrong."

Twitter an accelerant to fulfil my vision of a super app: Musk