Zurich, Oct 5: Credit Suisse is at the centre of market turmoil amid rumours the bank could be on the brink of collapse, media reports said. 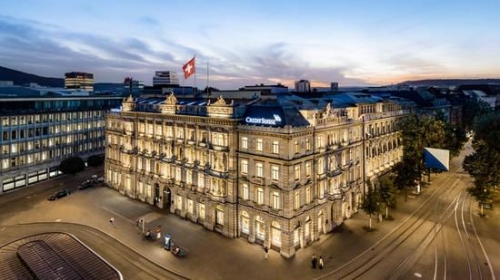 Investors have rushed to sell the Zurich-based bank's shares amid concerns about its financial health as it prepares to unveil a costly restructuring plan due later this month, Al Jazeera reported.

Speculation that the bank could fail has invoked comparisons with the 2008 collapse of US investment bank Lehman Brothers, which had precipitated the worst economic crisis since the Great Depression. But economists are cautioning against such parallels due to the significant differences between then and now.

On social media, a number of investors with large followings, including Lark Davis and Graham Stephan, posted comparisons to Lehman Brothers that quickly went viral.

At the same time, credit default swaps Â— a type of investment that serves as insurance against a company defaulting Â— rose to all-time highs.

Amid the turmoil, the lender has lost nearly 60 percent of its market value this year alone, Al Jazeera reported.

"Credit Suisse has the poor track record that features Archegos and Greensill Â– so there is not a lot of confidence," Campbell R Harvey, a professor at Duke University's Fuqua School of Business, said.

"They have had CEO turnover. Further, the CEO's internal letter to employees did not reassure Â– if you have to explain to employees what is going on, it is a bad sign."

On Monday, Citibank analysts dismissed comparisons to 2008, noting that Credit Suisse's liquidity coverage ratio -- the portion of cash and other assets that can be quickly accessed in a crisis -- was among the "best in class" at 191 per cent.

"I do not think this is a Lehman Brothers. Their tier one ratio is 13.5 per cent," Harvey said, referring to the portion of capital made up of core assets, which regulators consider a key marker of financial strength.

Banks are more tightly regulated than in 2008 and have more capital on hand to manage risk, Al Jazeera reported.

Holger Schmieding, chief economist at Hamburg-based Berenberg Bank, said that while he could not comment on the health of Credit Suisse, a crisis similar to 2008 was extremely unlikely.

"The risk of a Lehman-style event is close to zero as Â– whatever the problem with any bank may or may not be Â– regulators and central banks are far better equipped to nip any such problem in the bud," Schmieding said.