Apples A16 Bionic chip shows underwhelming improvement over A15

San Francisco, Oct 6: The latest performance tests of tech giant Appleas A16 Bionic GPU have shown a less than significant improvement over its predecessor A15. 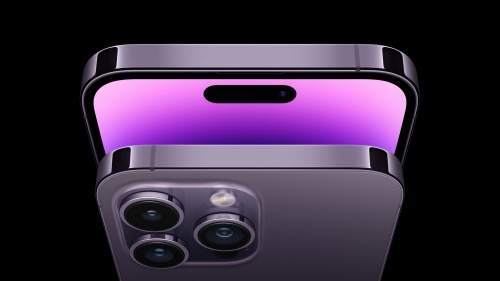 According to GizmoChina, when squared up against the A15 Bionic, the new Apple chipset was only 5 per cent more powerful and 20 per cent more efficient.

The A16 Bionic powers the iPhone 14 Pro and Pro Max models. The chipset was put through the paces of GPU tests and it did not deliver noticeable improvements over its predecessor, the A15 Bionic.

It debuted with the iPhone 14 series and has been put through several benchmarking performance tests.

The current performance tests sought to examine how much better the new chipset is over its predecessor and other flagship chips like the Snapdragon 8+ Gen 1.

The tests were carried out by Golden Reviewer and the A16 Bionic chalked a score of 3,359 on 3DMark's Wildlife Extreme test, higher than any other tested chipset.

However, its 444.1 efficiency score was less than that of MediaTek's Dimensity 8100 and Dimensity 9000 SoCs. The A16 Bionic is also about 20 per cent more powerful than the Snapdragon 8+ Gen 1 and also slightly more efficient.

A few other benchmarking tests have put the A16 Bionic as the most powerful mobile chip in terms of GPU.

Apple's A16 Bionic chip shows underwhelming improvement over A15