New Delhi, Oct 5: Apple CEO Tim Cook on Wednesday remembered his best buddy Steve Jobs who died of respiratory arrest on October 5, 2011, at the age of 56. 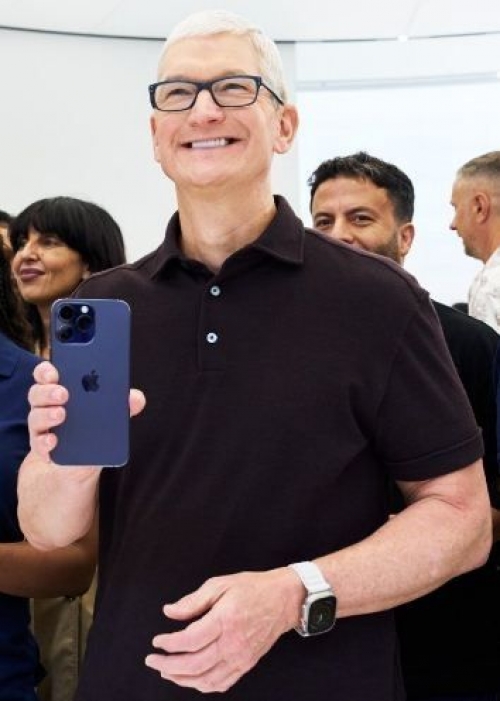 In a tweet, Cook said "Steve showed us all, again and again, that a great idea really can change the world. Remembering him today and always."

Jobs was the co-founder, chief executive, and chair of Apple, CEO of Pixar and held a leading role at the Walt Disney Company.

His vision, imagination and creativity led to inventions that have, and continue to, change the way the world communicates, as well as transform the computer, music, film and wireless industries.

On July 7 this year, Jobs was given the Presidential Medal of Freedom posthumously at the White House by US President Joe Biden.

For Jobs, Cook was the natural choice and he picked him over more popular names around for the CEO job.

Considered a "colourless, unimaginable drone", Cook who joined Apple at age 37 in 1998 has successfully proved he is a better CEO than late Jobs.

Identifying his unique set of strengths, Jobs made him the Apple CEO on August 24, 2011.

In December 2015, Cook promoted his long-time lieutenant in operation -- Jeff Williams -- to the role of Apple COO. The duo later created history.

Hardeep Puri to lead business delegation to US
One pilot killed, another injured as Army chopper crashes in Arunachal