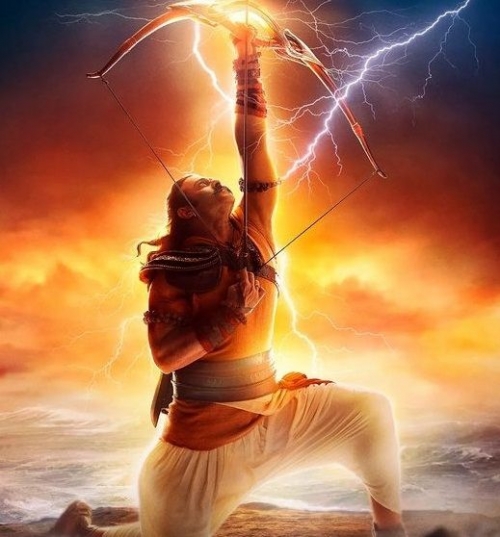 Uttar Pradesh deputy Chief Minister Brajesh Pathak said that no one will be allowed to play with the sentiments of millions of Hindus.

He said that a number of saints had objected to the portrayal of gods in 'Adipurush' and their demand to ban the film was justified.

"Ravan looks like a Muslim invader in the film while Hanuman's image has been distorted beyond recognition which is highly condemnable. Film makers think they can get away with any level of cinematic liberty. This cannot be permitted," he said.

Mahant Satyendra Das, chief priest of Ram Janmabhoomi temple, said, "No one can be allowed to misrepresent the Hindu mythology and distort the image of Hindu gods and goddesses."

Sunil Raj of Hindu Rashtra Sena, a fringe outfit, said that the film's teaser also portrays Sita in a poor light. "She looks more like a film heroine than a goddess. We will not allow the film to get a release."

Adipurush, a Hindu mythological film based on the epic Ramayana stars actor Prabhas as Lord Ram, Saif Ali Khan as Ravana, and Kriti Sanon as Sita. The film is directed by Om Raut.

It is scheduled to release in January next year.