San Francisco, Oct 5: Twitter on Wednesday said it has received a letter from Elon Musk to go ahead with their original deal of USD 54.20 per share (or USD 44 billion).

Twitter shares went up 22 per cent after the news. 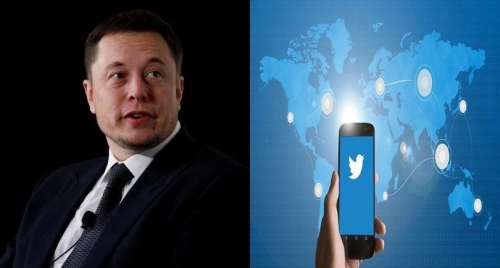 In a new filing with the US Securities and Exchange Commission (SEC), Musk's legal team has also asked the court to adjourn the trial and all other proceedings.

"We received the letter from the Musk parties which they have filed with the SEC (Securities and Exchange Commission). The intention of the Company is to close the transaction at $54.20 per share," Twitter said in a statement.

Musk tweeted "Buying Twitter is an accelerant to creating X, the everything app. Twitter probably accelerates X by 3 to 5 years, but I could be wrong."

The surprising development led to the micro-blogging platform's share jump 22 per cent after it reopened as trading of Twitter shares was briefly halted.

According to the letter sent to Twitter, "the Musk Parties provide this notice without admission of liability and without waiver of or prejudice to any of their rights, including their right to assert the defenses and counterclaims pending in the Action, including in the event the Action is not stayed, Twitter fails or refuses to comply with its obligations under the April 25, 2022 Merger Agreement or if the transaction contemplated thereby otherwise fails to close".

In the new US SEC filing, Musk's legal team said that "On October 3, 2022, they "sent a letter to Twitter... notifying Twitter that the Reporting Person (Musk) intends to proceed to closing of the transaction contemplated by the April 25, 2022 Merger Agreement."

The team said that the offer means that the Delaware Chancery Court should "adjourn the trial and all other proceedings related thereto pending such closing or further order of the court".