Survival thriller Parundhaaguthu Oor Kuruvi based on a true incident

Chennai, Oct 4: 'Parundhaaguthu Oor Kuruvi', a survival thriller starring Nishanth Russo and Vivek Prasanna in the lead roles, is based on a true incident, the film's director Dhanabalan Govindaraj has disclosed. 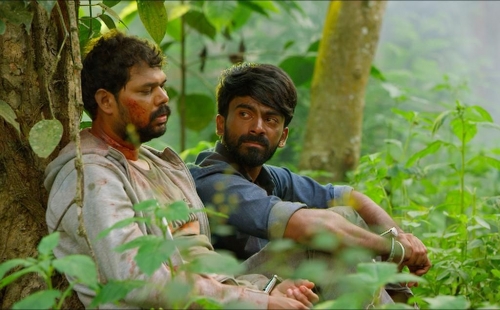 The film, based on the theme 'deceit and evil shall perish', has been put together by a young team. Shedding light on the film, Govindaraj said, "The story revolves around the bond between a youngster and a man, who is desperately wanted by gangsters, politicians and the police. The duo is trapped inside a forest where they face excruciating challenges."

He added, "Their attempts to survive from the clutches of their enemies inside the forest for a day forms the crux of this story. We have created this movie based on a true incident that happened in India."

Stating that they had shot the movie across Ooty and Mudhumalai forests, the director said, "The movie will be a thriller journey that will offer a first-of-its-experience for the audience. While Nishanth and Vivek play the lead roles in the film, Mumbai-based model Gayathri Iyer plays the female lead. The others in the cast include Vinod Sagar, Kodangi Vadivel, Aroul D Shankar, E Ramadass, Gowtham Selvaraj, Anand, Sundarrajan and Rajesh.

Survival thriller 'Parundhaaguthu Oor Kuruvi' based on a true incident