Putin in a bunker outside Moscow mulling over nuclear decisions: Report

London, Oct 4: Russian President Vladimir Putin is 'preparing to make key decisions about launching a tactical nuclear strike from a bunker' a long way outside Moscow, the media reported. 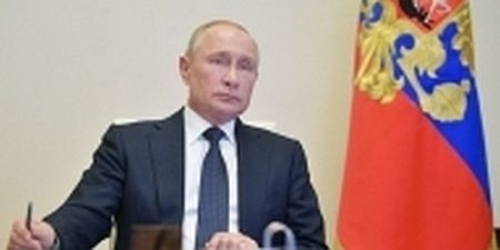 Putin -- who will be 70 on Friday -- has warned his closest family including gymnast partner Alina Kabaeva, 40, of the possibility of rapid evacuation, it is alleged, the Daily Mail reported.

He believes the bunker to be 'safe' from Western attack and top officials from his security apparatus and government will be moved to the secret location, according to General SVR channel, Daily Mail reported.

The anti-Kremlin outlet -- which claims inside knowledge from Putin's circle -- has long claimed he is suffering acute health problems but offers no proof of its assertions.

Putin is believed to have several bunkers in Siberia, one linked to the massive new liquid case terminal at Sabetta on the Yamal peninsula and the other in the Altai Mountains.

"Relatives and friends of the heads of state will be delivered to the bunker in advance," stated a report from the channel today, Daily Mail reported.

"Alina Kabaeva with (the couple's) children and two older daughters with children and cohabitants were warned about the possibility of urgent evacuation.

"But not everyone in the leadership of Russia was lucky.

"For example, Putin ordered, in the event of a nuclear threat, to evacuate the 'necessary minimum' of Russian officials'."

This would include prime minister Mikhail Mishustin, and the speaker of parliament Vyacheslav Volodin.

It would include the prosecutor-general, the leadership of the Security Council -- but not former president Dmitry Medvedev -- as well as key officials from his presidential administration and three security and spy services, the FSB, FSO, SVR with their families, the Daily Mail reported.

His defence ministry has different bunkers including in the Urals.

The supposed evacuation includes his eldest daughter Maria Vorontsova, 36, a geneticist, and Katerina Tikhonova, 35, a high-kicking 'rock'n'roll' dancer-turned-mathematician with their spouses and children.

But an unacknowledged Putin 'love child' Luiza Rozova, also known as Elizaveta Krivonogikh, 19, is not invited to the bunker and nor a mystery son from a previous relationship, it was claimed, Daily Mail reported.

Rumours swirled at the start of the war that Putin had retreated to a bunker in Siberia.

One special bunker is rumoured to fit up to 100,000 people, and is designed for him to rule Russia in the event of Armageddon, the Daily Mail reported.

As well as a location close to a major Gazprom facility in the far north of Russia, there is also rumoured to be a hi-tech bunker in the Altai Mountains hidden beneath a large dacha.

Putin in a bunker outside Moscow mulling over nuclear decisions: Report