Shivaani Singh talks about playing a journalist in Shiksha Mandal

Mumbai, Oct 4: Actress Shivaani Singh, who was seen with Vijay Deverakonda in the Telugu film 'Ye Mantram Vesave', is currently getting praised for her work in the web series 'Shiksha Mandal' which unravels the scams and corruption in the education system that affects both teachers and students. 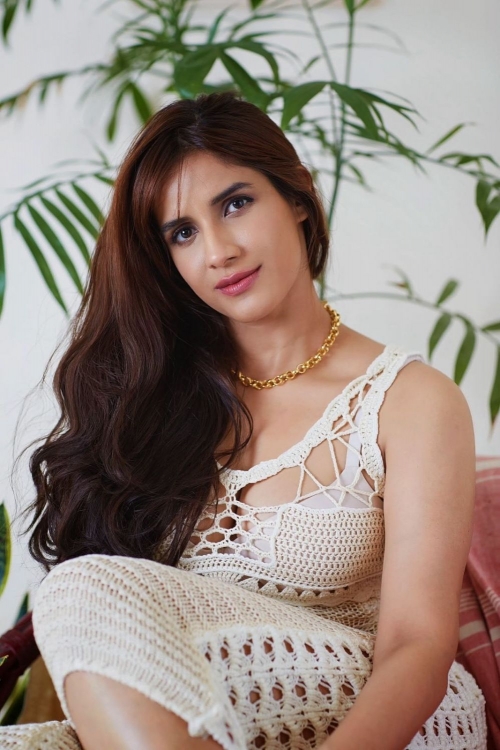 In the series, the actress plays the role of a journalist, Shivaani Dubey.

Apart from her, the other cast includes Gauhar Khan, Gulshan Devaiah, and Pavan Raj Malhotra.

Explaining the character portrayed by her in her OTT debut with 'Shiksha Mandal', the actress said "I am playing the character of a successful journalist, a respected public figure in the media circle, Shivaani, who belongs to an affluent family."

She further mentioned, "This character was sweetly challenging as I had to appear as someone who was a competitive professional at the same time it required me to carry it with softness when it came to her personal life with Aditya (Gulshan Devaiah) and his family and I am thrilled and grateful that the audience is loving my performance and the character."

She later expressed her gratitude to the director for giving her this role and also for writing the entire traits of her character with so much perfection. She also praised her co-stars for making the atmosphere comfortable so that she can work with ease.

"I owe this to our director Syed Ahmad Afzal who wrote Shivaani Dubey with such finesse and picked me to play it. For this, I'll always be grateful to him. It was such a breeze to work with Gulshan Devaiah and Gauahar Khan. Gulshan made it at home for me and he is easily one of the kindest people I have known."

"Also, Gauahar is such an easy person to talk to, as soon as we met we bonded and in our first scene together we bonded over our uncontrollable giggles," she concluded.

Shivaani Singh talks about playing a journalist in 'Shiksha Mandal'