New Delhi, Oct 4: After Laal Singh Chaddha and Brahmastra, another Bollywood movie has run into rough weather, with Boycott Adipurush trending on social media, days after its teaser got released. 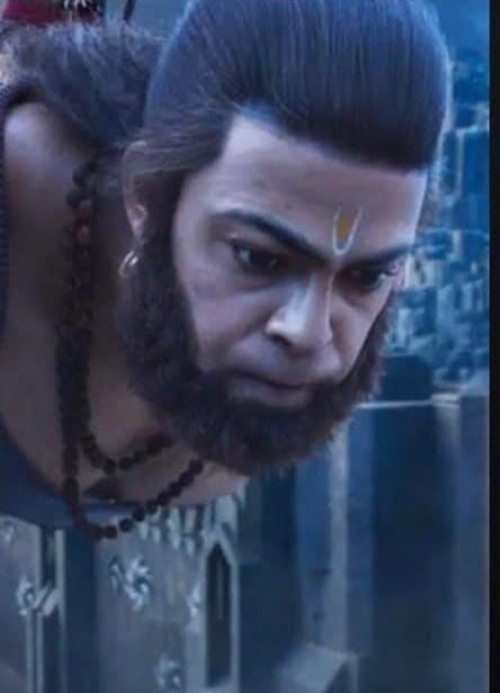 The excitement for Om Raut's film "Adipurush" -- starring Saif Ali Khan, Prabhas and Kriti Sanon -- was quite high ever since it was announced. However, just a few hours after the release of the teaser, the netizens began criticising the film for Saif's "Islamic" look, unconvincing VFX, and also the costumes of the other cast were targeted.

Comparisons are also being made with Lord Hanuman from Ramanand Sagar's serial "Ramayan" to "Adipurush". Actor Devdatta Gajanan Nage is playing the role of Hanuman in the movie.

The netizens have claimed that Hanuman's look in the film also has similarities with the Islamic attire.

A user tweeted, "Bollywood's Hanuman Looks Like A Musalman #BoycottAdipurush." Another one wrote, "After 35 years, gutter Bollywood converted the 'gracefulness' of arrogant Ravana and Hanuman ji into Mughals."

"Hanuman in Ramayan. Musalman in #Adipurush, Note No Hindu keeps a beard without a Moustache. This film should be banned... They are defaming our Ramayan. They are showing Ravana and Hanuman with beards as Mughals with no Tika on their foreheads," added one.

Earlier, on Tuesday, Madhya Pradesh Home Minister Narottam Mishra reportedly expressed his anguish over the portrayal of the gods in the film.

Mishra said that the Hanuman was shown wearing leather clothes while the description of his appearance is clearly given in the Hanuman Chalisa.

"There are objectionable scenes in the teaser. Such scenes hurt religious sentiments. I am writing to maker Om Raut to remove these scenes. If he does not agree, there will be legal action," the minister was quoted as saying.

"Adipurush" is a retelling of the Ramayana. Prabhas's character is termed as Raghav, which is another name for Lord Ram. Saif plays Ravana while Janaki (Sita) is played by Kriti Sanon.

The makers of Adipurush have spent a fortune on the visual effects. The film has reportedly been made on a budget of over Rs 400 crore, most of which has been spent on the VFX but, it seems like the output is far from what the audience was expecting.