Whoopi slams critic who said she wore fat suit in Till: That was me

Los Angeles, Oct 4: Hollywood star Whoopi Goldberg has slammed claims that she wore a fat suit for the upcoming Emmett Till biopic and urged people not to judge the way others look. 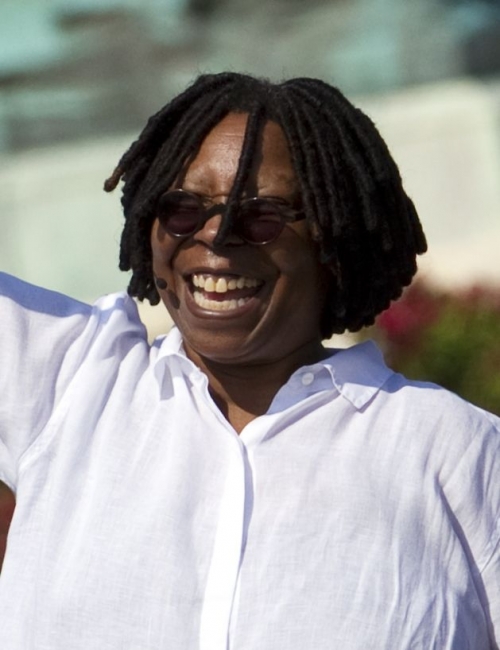 The actress, 66, plays Alma Carthan, who is mother to Mamie and grandmother to Emmett, in the film. The movie focuses on the true story of Mamie Till Mobley's pursuit of justice for her 14-year-old son Emmett, reports mirror.co.uk.

Emmett was lynched while visiting his cousins in Mississippi in 1955.

The film has been reviewed by many critics, with Kyndall Cunningham saying the acclaimed actress wore a "distracting fat suit" in her review published by The Daily Beast on Friday.

Godlberg called the writer out and said she "doesn't really care" about the review.

"A lady who writes for one of the magazines and she was distracted by my fat suit in her review.

"I'm just going to say this, I don't really care how you felt about the movie, but you should know that was not a fat suit, that was me," she said during Monday's episode of The View.

The actress added "I assume you don't watch the show, or you would know that was not a fat suit."

She said it was "okay to not be a fan of the movie" but said people shouldn't be judged for the way they look when someone critiques their film.

The 'Sister Act' star explained "Just comment on the acting, and if you have a question, ask somebody. I'm sure you didn't mean to be demeaning."

Fellow panellist Sunny Hostin was shocked over the fat suit comment and pointed out Whoopi has been open about the "health challenges" she has endured.

The actress responded by saying "We will hope that she just didn't know, and now she'll know the next time you go to talk about somebody, you talk about them as an actor.

"If you're not sure if that's them in there, don't make blanket statements, because it makes you not sound like you know what you're doing."

The Daily Beast review has now been updated with an editor's note which says "This story has been updated to reflect that Whoopi Goldberg says she was not wearing a fat suit."

Whoopi slams critic who said she wore fat suit in 'Till': That was me