But the question doing rounds in academic circles is whether the new Vice Chancellor Prof Ashu Rani, former head of the Chemistry Department of Kota University in Rajasthan, would be successful in arresting the rotten stink of decades of mismanagement and neglect. 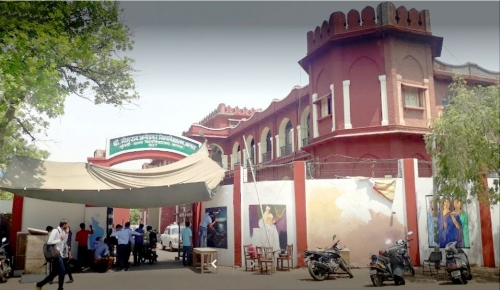 After an inspection of the university last week, UP Governor Anandi Ben Patel appointed Prof Ashu Rani for three years.

For past several years, Agra University was being casually run by acting vice chancellors, from other universities, despite the fact that a local BJP legislator was made minister of higher education by Chief Minister Yogi Adityanath.

For past 20 years, the university has continued to remain in news for all the wrong reasons -- mismanagement, bungling, cheating, forged degrees and examination backlogs.

"Students are no longer attracted to this university, which is evident from the seats going vacant in so many courses. The complaints graph never gets shorter," said Sudhier Gupta, a former student. The future of lakhs of students was at the stake as the state government had failed to take remedial measures, he added.

Once a great university that produced a stream of intellectuals and academics who went on to impart their excellence to other educational institutions, the university today presents a picture of chaos and aimlessness.

Corruption and inefficiency have weakened its foundation. In the past decade, the university could not boast of any achievement either in sports or research, but for corruption. The sanctity of the examination system has been destroyed and mark-sheets are for sale, allege students.

When all other universities in the country were adapting to new contexts and gearing up for new profiles, why Ambedkar University's ship was sinking and stinking, wondered a student.

For one, the size of the university has become unwieldy. With more than a thousand affiliated colleges and nearly 8,00,000 students, plus a dozen residential institutes that have become hot spots of dirty politics, no captain would be able to steer the ship out of present rot, is the common refrain.

Teachers say it has been suggested several times that the university be split into three if not four. Some colleges need to be promoted as centres of excellence and given autonomous status. The Raja Balwant Singh College, Asia's largest college in terms of area, itself should become a university. Three colleges, St John's College, Agra College, RBS College, are more than a century old. The SN Medical College started as a medical school way back in 1865.

The academia is not impressed with the new appointment. Many retired teachers feel without basic changes and restructuring, the university would continue to rot and remain in news for lack of discipline and proper ambience for higher education.