Los Angeles, Oct 3: British singer-songwriter-drummer Sir Richard Starkey, professionally known as Ringo Starr, was forced to cancel a concert along with his band, 'All-Starr', after he fell ill. 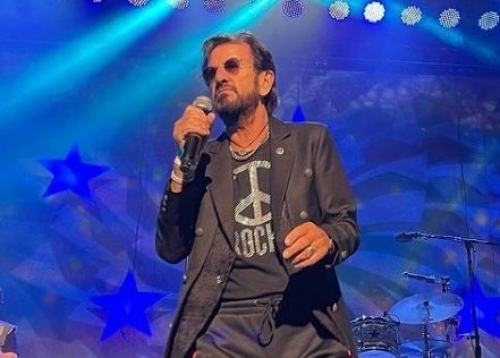 The band was due to perform in New Buffalo, Michigan, a couple of hours after the cancellation was announced, reports Mirror.co.uk. A spokesperson for the band revealed the 82-year-old's illness is not related to Covid-19 but they did not confirm his diagnosis.

Mirror.co.uk further states that his mystery illness has affected his voice. As reported by TMZ, a concert-goer went to Four Winds Casino's management and asked about the cancellation. However, they were only told Ringo was ill and weren't given any more information.

Ringo celebrated his 82nd birthday in early July and held his annual Peace and Love party.

He has had a busy year as he and his band finished the first part of their Spring Tour 2022 at the end of June in Florida.

The tour was postponed from 2020 due to the coronavirus pandemic. The second part of their tour will end on October 20 in Mexico City.