Mumbai, Oct 3: Makers of Amitabh Bachchan and Rashmika Mandanna-starrer 'Goodbye' have announced that the ticket price of the movie will be Rs 150 on the opening day, which is on October 7. 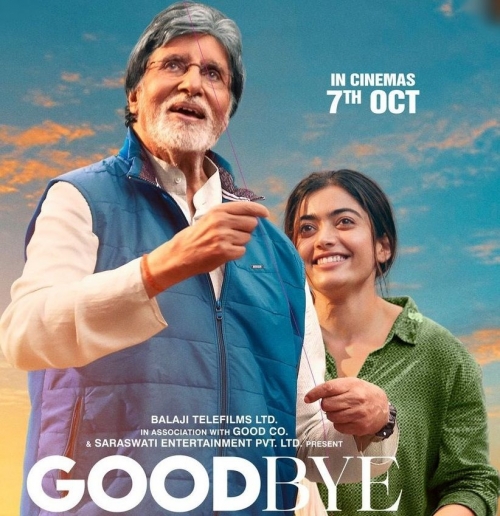 'Goodbye' becomes the first film to adopt the reduced pricing policy of Rs 150 per ticket on the release day of the film.

Amitabh Bachchan made the announcement through a special video confirming the big news for people who love going to the theatres and encouraging them to watch 'Goodbye' releasing on October 7 at an amazingly slashed price across India on the big screens.

'Goodbye', us a beautiful dramedy. It is helmed by Vikash Bahl.

Produced by Ektaa R Kapoor's Balaji Motion Pictures in association with Good Co., 'GoodBye' is all set for worldwide release in cinemas on October 7, 2022.