People still dont know what metaverse is all about: Tim Cook

San Francisco, Oct 2: Apple CEO Tim Cook has said that while many tech companies are bullish on metaverse, he is not sure if the average person can tell you what the metaverse actually is. 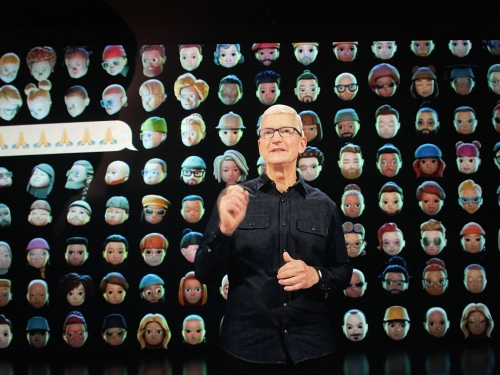 In a conversation with Dutch news outlet Bright, Cook who is on a Europe tour said virtual reality has specific uses but the technology shouldn't make up a person's entire life.

"I always think it's important that people understand what something is. And I'm really not sure the average person can tell you what the metaverse is," Cook was quoted as saying.

"It's something you can really immerse yourself in. And that can be used in a good way. But I don't think you want to live your whole life that way," he emphasised.

Apple is yet to be caught up with metaverse, a technology that is being popularised by the likes of Meta (formerly Facebook) and the rest.

The tech giant is reportedly working on a mixed reality (MR) headset which it can launch soon.

On augmented reality (AR), Cook said it is a profound technology that will affect everything.

"Imagine suddenly being able to teach with AR and demonstrate things that way. Or medically, and so on. Like I said, we are really going to look back and think about how we once lived without AR," Cook noted.

"VR is for set periods, but not a way to communicate well. So I'm not against it, but that's how I look at it," Cook added.

Cook also spoke about the importance of programming.

"I see programming as the only universal language. It's the most important language you can learn," Cook said.

"Of course your native language is more important for communication, but a programming language is a way to tap into your creativity. It really puts your critical thinking skills to work, and you can use that in many aspects of your life," he added.

Apple is helping developers integrate AR into their apps with technologies such as ARKit.

People still don't know what metaverse is all about: Tim Cook