New Delhi, Oct 1: Meta-owned WhatsApp on Saturday said it banned over 23 lakh accounts in India in the month of August in compliance with the new IT Rules, 2021. 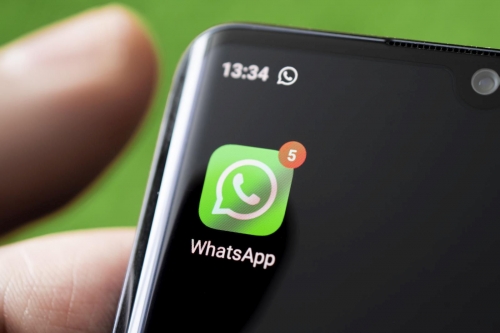 The messaging platform, which has nearly 500 million users (according to third-party data) in the country, received 598 complaint reports in the month of August in India, and the records "actioned" were 27.

"Over the years, we have consistently invested in Artificial Intelligence and other state-of-the-art technology, data scientists and experts and in processes, in order to keep our users safe on our platform. In accordance with the IT Rules 2021, WhatsApp banned over 2.3 million (2,328,000) accounts in the month of August," said a company spokesperson.

The platform had banned nearly a similar number of bad accounts in India in July.

Under the upgraded IT Rules 2021, major digital and social media platforms, with in excess of five million users, have to publish monthly compliance reports.

Meanwhile, during a hearing challenging the instant messaging app WhatsApp's privacy policy, the Centre told the Supreme Court this week that the contentious Personal Data Protection (PDP) Bill 2019 has been withdrawn and a comprehensive data protection Bill is being prepared.

In August, the Centre withdrew the Bill that has seen 81 amendments in the past three years, aiming to introduce a new, sharper Bill that fits into the comprehensive legal framework and protects the data of billions of citizens.

The new draft of the data protection Bill is being prepared to augment efficient usage of data since it would largely be used by the industry.