Singapore, Oct 1: Williams Formula 1 driver Alex Albon, who returned to the racetrack here on Friday following a surgery for appendicitis and subsequent respiratory failure barely a few weeks ago, has said he has done 'better than expected' in his practice sessions. 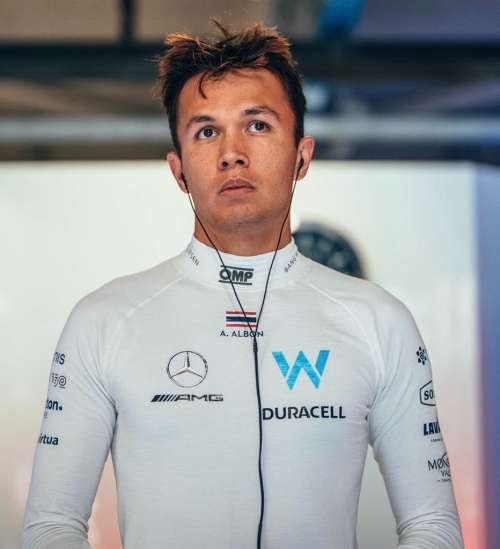 Singapore's Marina Bay Street Circuit will host the F1 race on Sunday, but Albon seemed unfazed by the challenges he expects to face on the tough circuit.

Albon was released from hospital after a surgery for appendicitis and post-operative anaesthetic complications on September 15.

Ahead of the Italian Grand Prix he was diagnosed with appendicitis, with the Thai driver then suffering respiratory failure that resulted in him being intubated and treated in an Intensive Care Unit in Italy.

Despite his preparations for Singapore going awry because of the health issues, Albon returned to the car on Friday, though he admitted that he had been feeling some after-effects.

The Williams driver took a P16 in both Free Practice 1 and 2.

On how his return to the racetrack went on Friday, Albon said, "Okay. I'd leave it at okay! We knew it was going to be difficult, but I feel like I'm coping better than I expected. We've had a good amount of long runs. It's still a quarter of what we'd be doing come race day on Sunday, but I've still got a day to rest tomorrow (Saturday) and of course, just it being one race and one block of driving, it should hopefully be not too bad.

"It feels okay when I'm in the car, generally speaking. It's more just the heat! When you get out, you can feel that it's obviously physical. But I feel like there's no big issues so I'm feeling pretty good," formula1.com quoted Albon as saying.

Albon admitted that Williams had expected to struggle in Singapore, and that making it out of Q1 on Saturday would be a result in itself, according to formula1.com.

"It feels like we know where we're struggling, that's the main thing," said Albon. "It feels like the car's got a little bit more potential in it. We knew that coming here, we were, let's say, a little bit more behind than we were in Monza. The circuit doesn't tend to go in our favour; this is a very downforce efficient circuit -- it's 22, 23, corners around here, not many straight lines to get that lap time back.

"We're doing what we can. I feel like there's definitely lap time to be had, I'm still getting into the rhythm and getting closer to the walls, that's what it's about. So we'll do our research, homework tonight, we'll come back stronger and Q2 would be a really big success for us this weekend."

Alia Bhatt: I want to be part of the process behind the camera
Will Tharoor's Antony 'Chettan' turn out to be his nemesis?