New Delhi, Oct 1: As the Centre's flagship mission Swachh Bharat completed eight years of its implementation, a survey by an online community revealed that only 43 per cent of the surveyed people believe availability of functioning public toilets has improved since then. 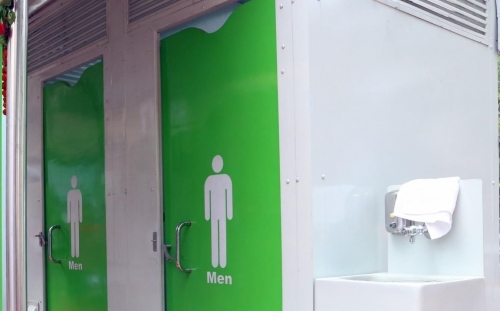 A survey by the online community platform LocalCircles said that nearly 63 per cent see positive impact of mission on cleanliness and civic sense among children and 53 per cent believe civic authorities are now more responsive to complaints about waste management. As per the survey, 56 per cent felt Swachh Bharat mission has led to improvement in civic sense of people.

Asked "how has the availability of functioning public toilets in your area/ district/ city improved in the last 8 years?", 41 per cent of the 26,629 respondents described the situation as "no improvement" while 11 per cent felt "it's gotten worse".

There were, however, 43 per cent who felt the facilities have improved. Of these, 16 per cent of the respondents described the progress as "significant improvement" and 27 per cent felt there was a "slight improvement". In addition, 5 per cent were noncommittal. Overall, 52 per cent respondents were not satisfied with the Government's efforts to make functioning public toilets available in their area even after 8 years of the mission being rolled out.

Where civic or local authorities are concerned, what has changed or improved according to citizens' perception? LocalCircles survey posed the question on the responsiveness of municipality/ panchayat changed in the last 8 years towards complaints on garbage collection, waste disposal and street cleaning?" Of the 13,536 respondents to the question 45 per cent are not happy with 38 per cent out of this group describing the situation as "no change/still not responsive" while 7 per cent felt the civic authorities are "not responsive". On the other hand, 53 per cent gave a nod with 50 per cent of them describing the situation as "become somewhat responsive" and just 3 per cent opting for "become very responsive". Of the total respondents to this survey question, 2 per cent were undecided.

While early in the mission there was strong momentum which fizzled away within the first few years. The public engagement in Swachh Bharat is near zero now except the top 15-20 clean cities where citizens and municipalities are working towards the cause of clean city.

A renewed civic sense awareness campaign must be conducted regularly at local levels with the right incentives and penalties so citizens and civic bodies work together towards a clean city.

Certain of Sri Lanka coming out victorious if plans are executed: Shanaka
Ali, Richa look regal in their cocktail party and reception