Seoul, Oct 1: North Korea fired two short-range ballistic missiles into the East Sea on Saturday, in its fourth such provocation in less than a week, South Korea's military said. 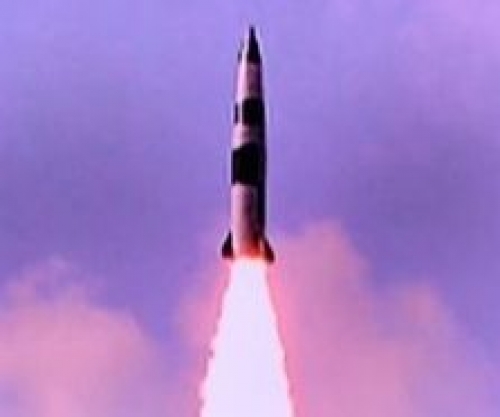 The Joint Chiefs of Staff (JCS) said it detected the launches from the Sunan area in Pyongyang between 6.45 a.m. and 7.03 a.m. and that the missiles flew some 350 km at apogees of around 30 km at top speeds of Mach 6, reports Yonhap News Agency.

The launches came just hours before South Korea was set to hold an event marking the Armed Forces Day with its key military assets on display.

On Friday, the South, the US and Japan staged an anti-submarine warfare exercise in the East Sea.

"The recent series of North Korea's ballistic missiles is an act of significant provocation that undermines peace not only on the Korean Peninsula, but also in the international community, and a clear breach of UN Security Council resolutions," the JCS said in a statement.

"Our military will maintain a firm readiness posture while tracking and monitoring related movements in close cooperation with the US in preparation against additional provocations."

Military authorities have been looking into possibilities that the North's recent launches might have involved its KN-23, KN-24, the KN-25 super-large multiple rocket launcher or other short-range platforms.

The KN-23 and KN-24 are modeled after Russia's Iskander ballistic missile and the US' Army Tactical Missile System (ATACMS), respectively.

Both KN-23 and KN-24 missiles are known for "pull-up" maneuvers to avoid interception.

Pyongyang's test-firing of short-range missiles raised speculation that it has been doubling down on its push to develop tactical nuclear arms.