Los Angeles, Oct 1: Hollywood star Leonardo DiCaprio and model Gigi Hadid have been photographed at the same hotel in Paris amid speculation that they are dating. 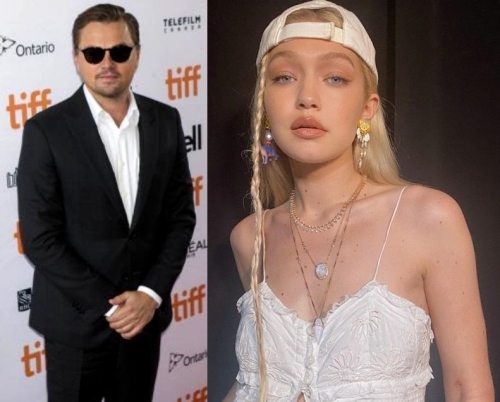 The rumoured new couple was spotted at the luxurious Le Royal Monceau Hotel in the 'City of Love'.

According to TMZ, the 27-year-old model, who is in the city for the ongoing fashion week, arrived at the hotel on Thursday night before the 'Don't Look Up' star was spotted leaving hours later.

The Oscar-winning actor reportedly enjoyed a night on the tiles before returning to his own room at the nearby Costes Hotel, reports aceshowbiz.com.

In pictures obtained by TMZ, Gigi appeared in high spirits as she returned from a busy day on numerous star-studded catwalks.

The mom of one showcased her toned midriff in a white cropped top and baggy alabaster cargo trousers. She completed the look with a brown cardigan and tied her blonde tresses in a high bun.

Meanwhile, the actor could be seen trying to keep a low profile when entering and exiting the building. 'The Wolf of Wall Street' leading man sported a black bomber jacket and matching trousers with a baseball cap and face mask.

He also added a pair of comfy trainers.

The hotel sighting came a few days after it was reported that Leonardo joined Gigi at the Milan Fashion Week.

"They are fully seeing each other," a source added of the couple, who was first linked earlier this month after Leo's split from Camila Morrone.

"Gigi and Leo are the real deal. They've been hanging out a lot and are very into each other. Things are going well between them and they're both happy."

Prior to joining Gigi for her modeling job, Leo was spotted hanging out with the model in New York City.

At the time, the two could be seen leaning in close together as they tried to chat in the midst of the loud party, which reportedly was thrown at Casa Cipriani by the actor's friends Richie Akiva and Darren Dzienciol in Manhattan's Soho neighbourhood.