Mumbai, Sep 30: Popular Punjabi singer Guru Randhawa is all set to step into the world of acting and make his debut in veteran actor Anupam Kher's 532nd film. 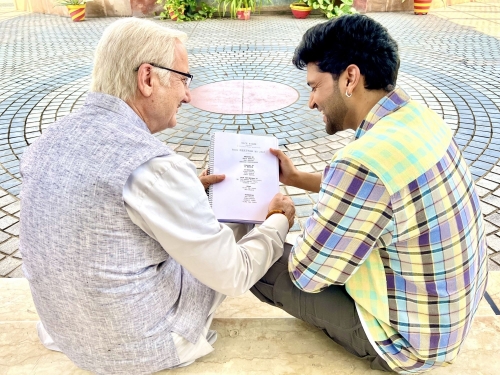 Anupam took to Instagram, where he shared a picture of himself along with Guru. Their back is towards the camera as the two seem to be reading the script of the film. The veteran star even made the singer's track 'High Rated Gabru' playing the background.

He captioned it "Reading my 532nd script and it is his 1st! Even though he is already a super star. Ladies and Gentlemen! Presenting @gururandhawa - the actor! Shower him with your love and blessings! Jai Mata Di!'"

Sharing the same picture, Guru wrote "I couldn't have asked for a better launch. Reading my 1st Script and it is his 532nd."

"I am a new comer and #KherSaab is a legend (Sir hates to be called that). You people have been very generous and kind to me as a singer. Now I need your love and blessings in my new journey as an ACTOR. I promise to work very hard! I couldn't have asked for a better launch. Rab Rakha!'"