Mumbai, Sep 30: Bollywood actress Parineeti Chopra, who is ready for her action film number 2 after countless bruises and heat massages, has shared a sneak-peek from her gun training for the film 'Code Name Tiranga'. 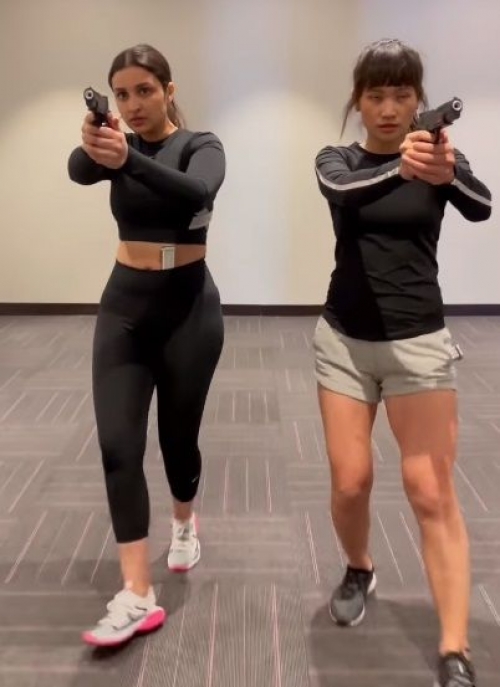 Parineeti, who will be seen playing the role of agent Durga in the film, took to Instagram, where she shared a video in which she is seen practicing how to move while holding a gun.

"When you're gun training but wanna use your skills on the action director himself, because he doesnt let you REST! Countless bruises and heat massages later, Agent Durga (aka stronger me) is ready for action film no. 2. Bring it on! #ActionHeroineInTraining #CodeNameTiranga #Stunts," Parineeti captioned the image.

Parineeti also shared that she had to learn Israeli martial art Krav Maga for three months to perfect her role as an elite agent in the film 'Code Name Tiranga'.

Developed for the Israel Defence Forces, Krav Maga is derived from a combination of techniques used in aikido, judo, karate, and boxing and wrestling.

'Code Name Tiranga' also stars Harrdy Sandhu opposite Parineeti and is set to release on October 14.