After 3 years, Tripling returns with season 3 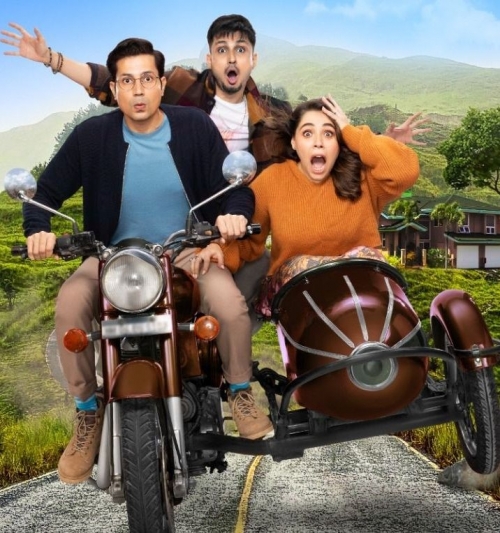 Commenting on the occasion, director Neeraj Udhwani said "The uniqueness of season 3 lies in its focus on the family. We all have known and loved Chandan, Chitvan and Chanchal but where do their quirks and eccentricities come from? Their parents obviously, who are as crazy as them and make their own unusual choices which the three siblings have to deal with."

Taking about what the fans can expect from the upcoming season, Neeraj further said "The fans are in for a treat as this season has got a bit of everything- the usual humour and lots of drama."

One of the second generation shows born out of the 4g revolution, 'Tripling' has gained a cult status over the years because of sibling camaraderie and banter.

Founder of TVF, Arunabh Kumar said "While creating season 3 of 'Tripling', Sumeet and I wanted to get to the original ethos of the show, which has always been about 'Crisis mein family hi kaam aati hai' but where the siblings face a major twist within the family itself. The season also includes a timely trek replacing the trip with the usual dose of humour and relatable emotions".

Spanning across 5 episodes, 'Tripling 3' will encapsulate the essence of the three siblings and their bond as they embark on a new journey this season as they will be joined by their parents and respective partners.

The third season of the show will be soon available to stream on ZEE5.

After 3 years, 'Tripling' returns with season 3