I still want to play highest level of tennis; Federers retirement is a sad moment: Djokovic

London, Sep 28: Serbian tennis ace and the winner of 21 singles Grand Slam titles, Novak Djokovic, has said he still had the passion and hunger to play at the highest level, even though he decided to skip two majors this year -- the Australian Open and the US Open -- owing to his choice to remain unvaccinated against Covid-19. 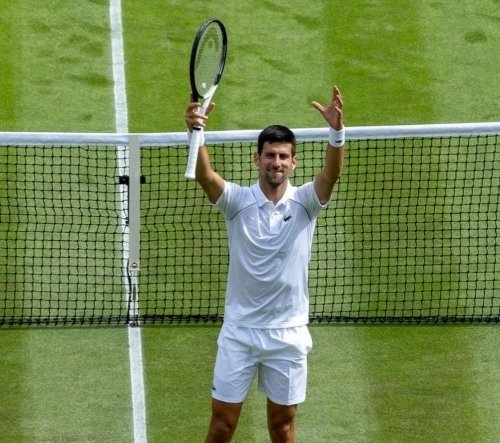 The Serbian has seen his ATP ranking nosedive from No. 1 to No.7 this year due to the 35-year-old missing the two majors, and the Wimbledon -- which Djokovic won defeating Australia's Nick Kyrgios -- being stripped of ATP and WTA ranking points for not allowing Russian and Belarusian players from competing this year.

Djokovic also said he is not contemplating retirement just yet, especially in the wake of one of his contemporaries, Roger Federer, calling it a day recently. The 88-time tour-level titlist said he is eager to maintain his highest level of competitiveness.

"I still want to play tennis even though I achieved pretty much everything that you can achieve in tennis," Djokovic was quoted as saying by atptour.com. "I still have passion and hunger to play at a highest professional level."

Djokovic competed over the weekend at the Laver Cup, which became a celebration of the now-retired Federer's career.

"I have a massive respect for Roger, and to what he had contributed to our sport. He had an epic career, he can be proud of it. He's one of the most recognised athletes of all time," said Djokovic. "His retirement is a sad moment for tennis."

I still want to play highest level of tennis; Federer's retirement is a sad moment: Djokovic