Dream of every party worker to oust divisive forces: Akhilesh

Lucknow, Sep 28: Samajwadi Party president Akhilesh Yadav said here on Wednesday that it was the dream of every party worker to oust divisive forces from the seat of power. 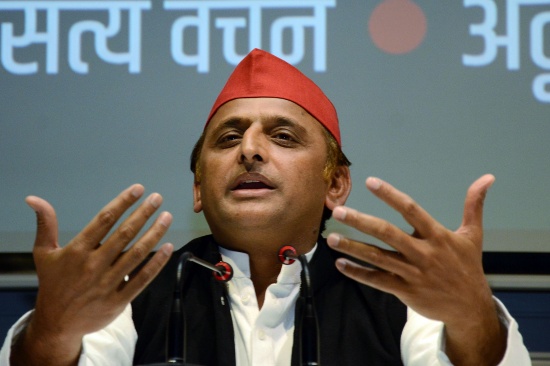 Addressing the inaugural session of the party's two-day convention, Akhilesh said that his party had taken the historic decision of allying with a party that follows Ambedkar's ideology.

"We made an effort to bring the ideology of Lohia and Ambedkar on one platform and we wanted a big victory for our effort but those in power misused their authority and thwarted our efforts," he said.

He further said that in 2022, he made an effort to bring like-minded parties on one platform but though the party increased its vote percentage, it could not ensure its victory.

"However, one thing is clear-it is only the Samajwadi Party that can stop communal forces in the future," he said.

Dream of every party worker to oust divisive forces: Akhilesh