Maisie Williamss relationship with her father consumed her childhood

Los Angeles, Sep 28: 'Game of Thrones' star Maisie Williams recently opened up about her fractured relationship with her father and admitted that their relationship consumed a lot of her childhood. 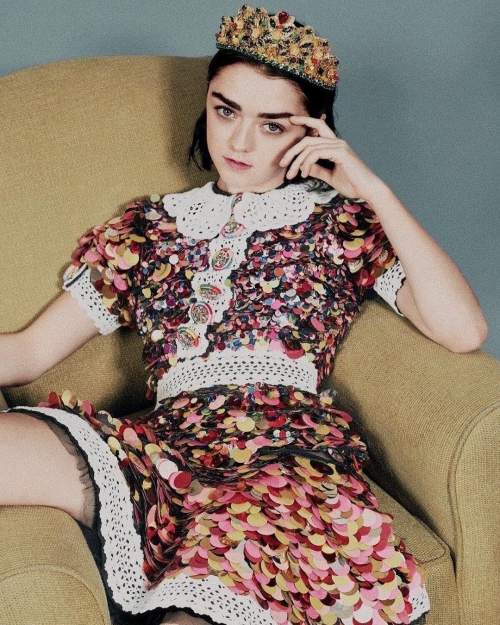 The actress served as the guest for the latest instalment of 'The Diary of a CEO' podcast with host Steven Bartlett and spoke on her childhood, reports People magazine.

"Well, I, as a young child before the age of 8, had quite a traumatic relationship with my dad," she was quoted as saying by People.

"I don't really want to go into it too much because it affects my siblings and my whole family", she further added.

The actress said the relationship with her father "really consumed a lot of my childhood. Ever since I can remember, I've really struggled sleeping. And I think a lot of the traumatic things that were happening, I didn't realise that they were wrong".

She said she began to notice that other kids didn't understand the "pain or dread or fear" that she suffered.

"Where does the joy, when does that come for me?"

Williams revealed that once that period of her life was over, she believed that she was "free" from the past.

However, as she grew up and had other experiences, she realised "there's never an end destination for that freedom. And it comes from within. When are you going to let yourself be free from the pain?"

She said she wanted to be respectful of other members of her family and their experiences, so did not go into specifics.

Her mother was able to "escape" when she was 4 months old, Williams said, revealing that this is the first time she's opened up about her father.

Maisie Williams's relationship with her father consumed her childhood