Hong Kong, Sep 27: Apple supplier Foxconn has dismantled parts of its production lines for iPhone 14 models in China to update them to manufacture more Pro models as the high-end Apple iPhones are generating more demand in the country, the media reported on Tuesday. 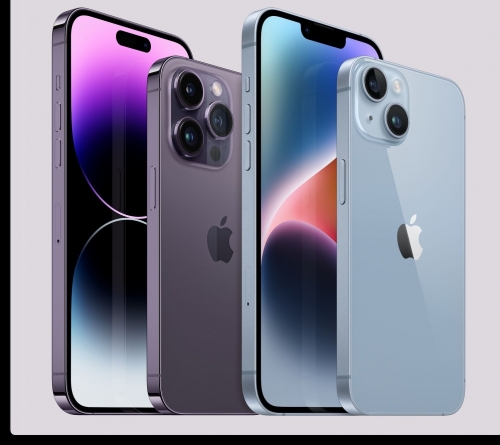 Basic iPhone models are reportedly facing lukewarm sales amid growing economic headwinds in the country, according to local reports.

A Foxconn spokesperson told South China Morning Post that the company "would not comment on market rumours".

According to market research firm Sandalwood Advisors, the sales volume for basic models of the iPhone 14 series "dropped 71 per cent in the first 11 days post launch", which included a week of pre-orders and four days of public release, compared to last year's iPhone 13 versions in the same sales period.

Meanwhile, the demand for Pro models, which include the Pro and Pro Max, went up 38 per cent, the report mentioned.

Apple analyst Ming-chi Kuo said earlier this month that orders of the iPhone 14 and 14 Plus were likely to be cut.

The iPhone 14 Pro Max is expected to be the most popular model, accounting for 30 to 35 per cent of the new product line, according to Kuo.

China's smartphone sales hit a fresh low in Q2 2022 to reach less than half of the sales of the historical peak in Q4 2016.

The last time the sales were lower than this point was nearly a decade ago in Q4 2012, when the iPhone 5 was introduced.

Apple still saw a comparatively good performance thanks to the shining sales of the iPhone 13 series in Q2 2022, according to Counterpoint Research.