Adani Group will invest over USD 100 bn of capital in next decade: Gautam Adani

New Delhi, Sep 27: This confidence of a nation is also reflected in the scale of the decisions corporates make.

This has been the case with the Adani Group as we benefit from a rising India, Gautam Adani, Chairman, Adani Group said. 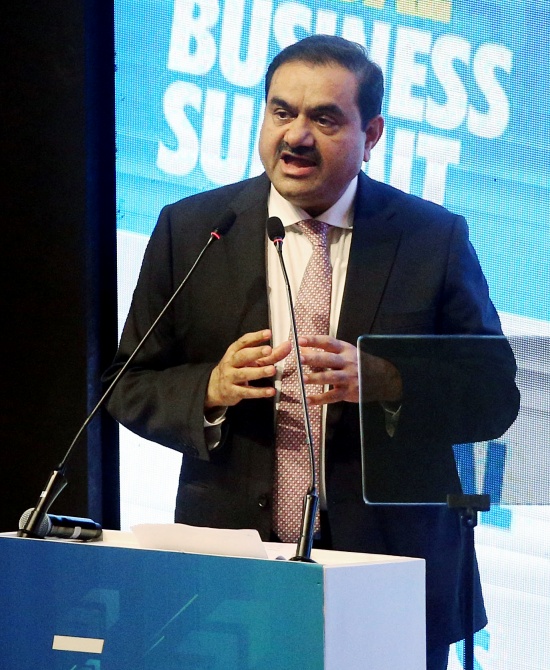 "This optimism is the wind in my sails that has made us India's most valued business. It is the fire that flames my belief in the India growth story. It is the blue in the sky that Indians believe to be the symbol of the limitless. A democracy whose time has come cannot be stopped and India's time has arrived," Adani said.

"As a Group, we will invest over 100 billion dollars of capital in the next decade. We have earmarked 70 per cent of this investment for the Energy Transition space. We are already the world's largest solar player, and we intend to do far more. In this context, Adani New Industries is the manifestation of the bet we are making in the energy transition space. It is our commitment to invest 70 billion dollars in an integrated Hydrogen-based value chain," Adani said in a speech at Forbes Global CEO conference in Singapore.

Therefore, in addition to our existing 20 GW renewables portfolio, the new business will be augmented by another 45 GW of hybrid renewable power generation spread over 100,000 hectares -- an area 1.4 times that of Singapore. This will lead to commercialization of three million metric tons of green hydrogen. This multi-fold business will see us build 3 giga factories in India, Adani said.

"We are in the process of building a 10 GW silicon-based photo-voltaic value-chain that will be backward-integrated from raw silicon to solar panels, a 10 GW integrated wind-turbine manufacturing facility, and a 5 GW Hydrogen electrolyser factory. Today, we can confidently state that we have line of sight to first become one of the least expensive producers of the green electron, and thereafter, the least expensive producer of green hydrogen. It is an absolute game changer for India and opens up the unprecedented possibility that India could one day become a net energy exporter," Adani added.

Adani Group will invest over USD 100 bn of capital in next decade: Gautam Adani