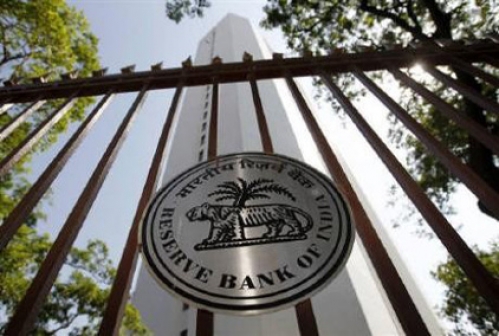 The global narrative is undergoing a substantial regional rotation in favour of the US exceptionalism, even as we are unlikely to see the US growth upgrades. The theme of dollar dominance is still alive.

While GBPINR is down 4 per cent, USDINR is up 2 per cent since the September FOMC meeting -- one of the worst EM hits.

"King Dollar is still on the throne... with RBI fighting a lost INR battle," Emkay Global Financial Services said in the report.

"INR readjustment is catching up faster than peers, as it was held stronger in past adjustments by policy intervention. India's massive FX defence, amounting to more than US$100bn estimated since October-21 (spot + forwards) means that the war-chest is falling faster than the pace at which the war is fading. Amid emerging regional imbalances, we reiterate that the RBI will eventually let the exchange rate adjust to new realities, albeit in an orderly manner, letting it act as an automatic macro stabilizer to the policy reaction function", the report said.

The GBP free-fall and massive FX vols have only added another complicated layer to DM FX order, adding credence to our long stated view that dollar dominance is here to stay even as we are unlikely to see US growth upgrades in this downcycle.

US exceptionalism rub-off has finally let the INR loose, despite RBI's active FX intervention -- an indication of the impending range shift. INR readjustment has been swift, and the RBI will eventually need to let the exchange rate adjust to these new realities and act as a natural macro stabiliser, albeit orderly, the report added.

The direct macroeconomic impact of the UK shocks on India will be limited via the trade impact, but global risk will likely weigh on India in the near term. GBP weakness may aid Tata Motors on the UK operational front, albeit this will be countered by near-term MTM losses on its USD-denominated debt. In large-cap ITeS, TCS and Wipro lead in terms of GBP exposure.