Mumbai, Sep 26: The Indian rupee fell to a new record low of 81.55 against the US dollar on Monday after a sharp uptick in dollar index, dealers said. 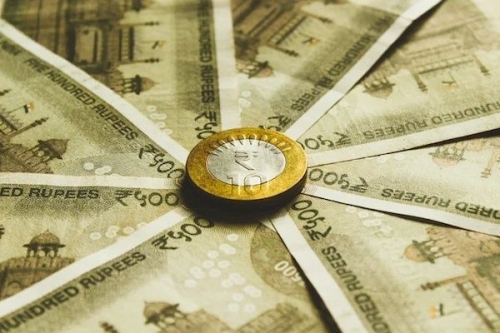 At the interbank foreign exchange market, rupee was trading at 81.55 against 80.99 close on the previous trading session against the US dollar.

"Rupee falls to fresh all-time lows as the dollar strengthens across the board. Hawkish Fed outlook, political instability in China and sell-off in pound after the tax cut announcement is also disturbing the overall market sentiment. This week, RBI will release its policy statement and this is likely to influence the rupee that is currently falling sharply against the US dollar," said Gaurang Somaiya, Forex iamp; Bullion Analyst, Motilal Oswal Financial Services.

The dollar index, which gauges the greenback's strength against a basket of six currencies, advanced to 114.58, before easing to 113.513.

The Brent crude oil prices were trading at $85.08 per barrel.

The Reserve Bank of India (RBI), as per reports, is selling dollar after the rupee hit an all time low for the third straight sessions.

Due to the RBI's market intervention to protect the weakening rupee and for the country's trade settlement, India's foreign exchange reserves have been steadily declining for the past few months.

Another potential explanation for the rupee's decline is this depletion.

Later in the week, the RBI is set to raise rates too.

Karthik, Pant need more game time before World Cup, but we can only play 11 players: Rohit Sharma
'Coffee With Kadhal' is a story around three brothers, says Sundar C